Deadly conflicts and loss of lives continue in military-ruled Myanmar with Christians and churches being targeted in attacks. In other Asian nations, people keep striving for recovery, freedom and rights amid natural and man-made calamities.

Deadly conflicts and loss of lives continue in military-ruled Myanmar with Christians and churches being targeted in attacks. In one such incident, four Catholics died when Sacred Heart Church in Kayanthayar Parish near Loikaw, the capital city of Kayah statewas struck by military artillery fire.

The church had been sheltering more than 600 people from 60 families displaced by fighting between the military and an anti-coup resistance group, the People’s Defense Force.

Church officials said the attack left the roof, ceiling and cross of the church badly damaged. Thousands of people have taken shelter in churches, priests’ residences and nuns’ convents in the state. In recent weeks, violence between the military and ethnic rebels has escalated in Christian-majority Kayah, Karen, Chin and Shan states, leaving dozens dead and thousands displaced.

The decades-long ethnic conflict flared up following the military coup of February 1. At least 815 protesters have been killed in a crackdown by the military. The roof and ceiling of Sacred Heart Church were damaged by the military attack on May 24. (Photo: CJ)

Authorities in communist China have arrested a Vatican-approved bishop, seven priests and an unspecified number of seminarians on charges of violating state rules. Police arrested Bishop Joseph Zhang Weizhu of Xinxiang Diocese in Henan province on May 21, a day after they detained the priests and seminarians for allegedly violating the country’s repressive new regulations on religious affairs.

China has not recognized Xinxiang Diocese since the Vatican erected it in 1936. Bishop Zhang was ordained secretly in 1991 but his appointment was never approved by the state authorities despite the 2018 Vatican-China agreement on bishop appointments. A government-appointed administrator has been running the diocese. Authorities put Bishop Zhang under constant pressure and did not allow him to oversee finances and resources. He was arrested several times but later released.

The latest arrests came after the diocese decided to use an abandoned factory building as a seminary. Church authorities were accused of violating rules. Last year, authorities in Xinxiang shut down Catholic schools and kindergartens in line with the Chinese Communist Party’s ban on education by religious groups.

Tropical Cyclone Yaas struck India and Bangladesh on Wednesday, leaving at least 10 people dead and tens of thousands homeless. At least six were killed in India, while four children drowned in Bangladesh.

The storm, packed with gusting winds of 140 kilometers per hour, made landfall in the eastern Indian states of Odisha and West Bengal. It triggered massive waves that destroyed river embankments and inundated hundreds of villages. An Indian soldier carries an elderly woman to safety in Ramnagar after Cyclone Yaas struck India's eastern coast in the Bay of Bengal on May 26. (Photo: AFP)

Photos and videos showed roads turned into rivers, with cars overturned and half-submerged. People were seen wading through knee-deep water to reach cyclone shelters, and huts and small houses were smashed into piles of debris.

The authorities in Odisha state evacuated more than one million people ahead of the cyclone. West Bengal state reported that 10 million were affected and about 300,000 houses were destroyed. Bangladesh’s government said hundreds of villages in 14 districts have been flooded. Catholic charity Caritas has made an urgent appeal to donors to support cyclone-hit communities.

As the Covid-19 pandemic continues to ravage India innumerable stories of good Samaritans emerge and many among them are unknown people. An elderly Catholic nun has defied the odds to keep feeding poor and sick people on the streets in the western state of Gujarat.

Sister Elsie Vadakkekara is an 83-year-old nun of the Sisters of St. Ann of Providence congregation based in Mithapur in Rajkot Diocese in Gujrat state. She goes out on the streets every day to distribute food to some 50 poor and mentally ill people. 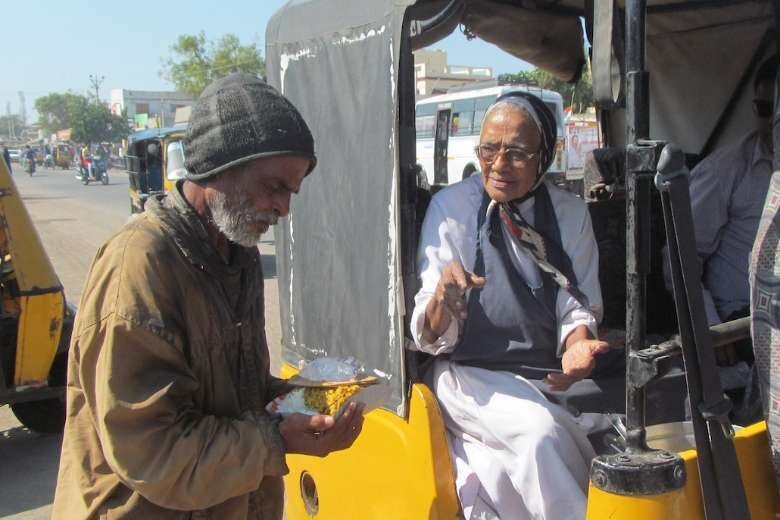 The nun carries cooked food and water in a three-wheeled auto rickshaw. She stops at some 45 locations to serve food in a stretch of 15 kilometers radius. Local businessmen and community leaders donate vegetables and other grocery items to support her efforts.

She has refused to stop the service despite requests from church officials on grounds of her advanced age and vulnerability to the pandemic. The deadly second wave has made India the world’s second worst-hit nation with 27.4 million cases and about 315,000 deaths.

In Vietnam, a Catholic-run cemetery has become the resting place of about 12,000 babies in the past five years. A group of women whose husbands died or work far from home devote themselves to burying the fetuses of babies resulting from abortions or miscarriages.

These women from Nam Vien Parish in Tien Du district in the northern city of Bac Ninh provide a vital service that other married women are unable to deliver due to family responsibilities. They visit pregnant women in faraway places, defying chilly weather to help them during critical situations. Catholics pray for aborted fetuses from hospitals before they are buried. (Photo: giaophanbacninh.org)

They also collect the bodies of babies from hospitals and cities to bury in the cemetery following proper funeral rites. The volunteer mothers regularly visit the cemetery, light candles on graves, say prayers and sing the song of peace in the bright moonlight at night.

Abortion is legal in Vietnam and a 2019 study found there were about 12 abortions for every 100 births.

Church leaders in restive Papua province of Indonesia have decided to mediate peace talks between the government and ethnic rebel groups to end ongoing violence. During a meeting with Security Affairs Minister Mahfud MD in Jakarta on Tuesday, three senior Christian leaders offered to help with peace talks. The move comes amid an escalation in violence between military and pro-independence separatists in Papua. Insurgents have carried out a series of attacks on the military and civilians, leading to at least a dozen deaths including the chief of Papua Intelligence Agency.

In response, the government declared separatists as terrorists, arrested pro-independence leaders, deployed hundreds of soldiers and launched a heavy crackdown. Christian-majority Papua has experienced a low-level insurgency for independence since the end of Dutch colonial rule in 1960s.

Lawyers in Timor-Leste expressed frustration over the recurrent postponement of a trial of a former American priest facing charges of sexually abusing children. A district court in the tiny Catholic-majority country postponed the trial hearing of Richard Daschbach on Monday.

This was the third time the trial had been postponed in three months. The next hearing is scheduled for June 7. In a statement issued on May 25, lawyers representing 15 alleged victims expressed dismay at the delays and said they will make a complaint to the Superior Council of Judicial Magistrates over “a breach of procedural rules.” Daschbach, an 84-year-old former Divine World priest, faces charges of child abuse, child pornography and domestic violence. He is the first priest in the country to face trial for child abuse. He faces up to 20 years in prison if convicted.

The Vatican dismissed him from the priesthood following an investigation and his confession of abusing children at the Topu Honis children’s shelter that he founded in 1993.

A catechist in the Catholic-majority Philippines has garnered widespread praise for teaching catechism and commenting on social issues to young Catholics on social media using puppets and theater. Alberto Saldajeno posts five-minute video clips on YouTube channel Kwentismo, or “storyism.”

He aims to make the Catholic faith interesting to mostly children and youths studying online. Saldajeno uses puppets that look like Jesus Christ and the Virgin Mary among others. Through questions and answers about the Catholic faith, he speaks to young Catholics about pressing social issues in the Philippines such as Covid-19 and extrajudicial killings. His clips also criticize politicians such as President Rodrigo Duterte for their wrongdoings and asks viewers to pray for them. He has also touched on other topics such as fake news and corruption in a simple way so that young Catholics can understand them better.

Church officials have praised Saldajeno for his innovative and creative approach to catechism and noted his model is worthy of following nationwide.

In Malaysia, teenage girls face various forms of sexual harassment and bullying in schools and perpetrators include their teachers, says a survey by the All Women’s Action Society. The group said it found that in 311 recorded incidents, four out of five perpetrators of sexual harassment and bullying were teachers, followed by wardens and senior students.

In their testimonies, female students said teachers at primary and secondary schools force students to reveal whether they are on their period during religious holidays in the Muslim-majority nation. The revelations of widespread sexual harassment at Malaysia’s schools have followed an account by a teenage girl last month. (Photo: YouTube)

Menstruating women are considered “unclean” in mainstream Islamic tradition and barred from engaging in communal worship. In other instances, male teachers told lewd jokes to female students or communicated with them in a sexually suggestive manner. One student said that a male teacher joked about rape to female students in a class.

The revelation of wide-scale sexual harassment has caused national outrage, with experts and rights activists calling for measures to eliminate all forms of sexual abuse in schools.