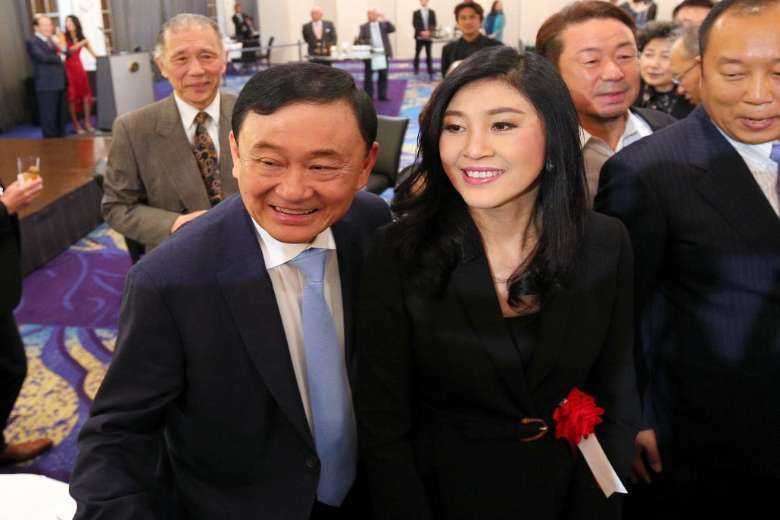 Thailand’s first and only female prime minister, who was ousted in a coup by the military in 2014, has called out the men who unseated her by saying the country has lost great development opportunities, many of which would have benefited the poor.

In a post on her Facebook page on Aug. 23, Yingluck Shinawatra faulted the government of Prime Minister Prayut Chan-o-cha, the former army chief who spearheaded the coup, for failing to engage in poverty alleviation such as her administration’s schemes to shore up the prices of rice and fruits produced by Thai farmers.

“It is very sad that we have to come back to finding ways to restart the country again after those lost opportunities,” Yingluck said in the post.

Her comments have come on the heels of widespread discontent in Thailand with the government’s often haphazard Covid-19 mitigation policies, including a prolonged lockdown in Bangkok, which have battered the country’s already ailing economy and proved financially ruinous for millions.

Unemployment has reached a record high and household debt has increased markedly over the past year, according to financial analysts.

There is frequent news of impecunious locals resorting to desperate means, including suicide, during a raging outbreak of Covid-19, worsened by a halting inoculation process with only slightly over 9 percent of the country’s 69 million residents having been fully vaccinated so far.

In one tragic recent incident, a 30-year-old man who worked as a food delivery man jumped with his seven-year-old daughter into the Mekong River in northeastern Thailand on Aug. 22, causing both to drown in what police deemed a murder-suicide.

The man, who had been raising his two young daughters alone, had been despondent over being 100,000 baht (US$2,556) in debt, according to his mother.

Yingluck’s administration was noted for policies aimed at helping farmers in the rice-growing region in the Northeast, although she was accused of mismanaging a rice pledging scheme.

She fled Thailand in 2017 after a court found her guilty of negligence of duty for not stopping alleged corruption in the scheme in what her supporters said was a politically motivated judicial decision.

Yingluck remains in exile along with her brother Thaksin Shinawatra, who too had been elected prime minister before being ousted in a coup in 2006.

Both Yingluck and Thaksin remain widely popular among Thailand’s rural and urban poor, who see them as people who represented their interests while in government.

To the country’s military-allied conservative elite, however, the two Shinawatras are unscrupulous politicians who used their office to enrich themselves and their cronies through graft.

Yingluck was also accused of being a “puppet” of her brother, who was already in exile when she was elected prime minister in 2011.

In the Central region and Northeast, the population of poor increased by over half a million in each region from 2015 to 2018

Regardless of the merits of such accusations, economic inequalities and corruption have both worsened significantly under military rule since the coup of 2014, according to numerous metrics published over the years.

“Between 2015 and 2018, the poverty rate in Thailand grew from 7.21 percent to 9.85 percent and the absolute number of people living in poverty increased from 4.85 million to more than 6.7 million,” the World Bank said in a report in March last year.

“In the Central region and Northeast, the population of poor increased by over half a million in each region from 2015 to 2018.”

Since the report was published, those figures have worsened markedly as a result of the Covid-19 pandemic and what many observers see as the egregious mishandling of the crisis by the military-allied government.