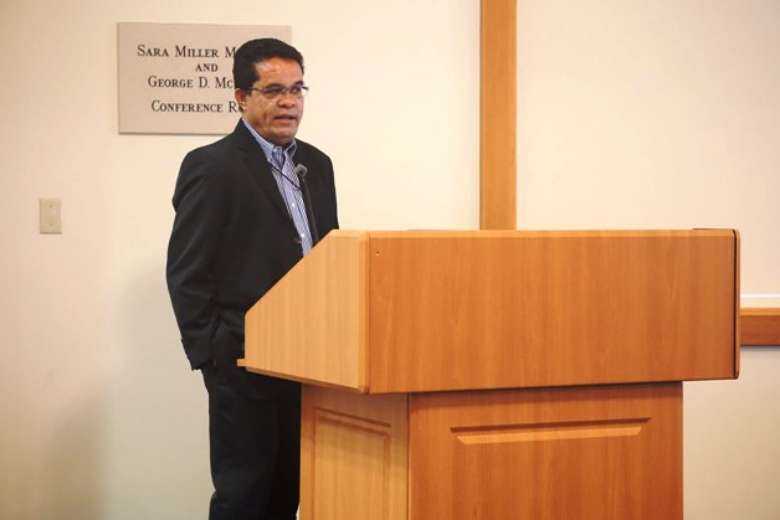 Pope Francis revoked the priesthood status of the diocesan priest last November, clearing the path for his intended run for president in the Catholic-majority nation.

“During my 23 years of priestly life, I stood at the altar and always prayed ‘with Christ, in Christ.’ Now I am taking another path of serving God with the motto ‘With the people, in the people,’” Gusmao said while announcing his decision on Jan. 18.

He said he wanted to bring about a transformation in the country having criticized leaders including President Francisco “Lu-Olo” Guterres for failing to fulfill the people’s mandate.

“Now I come with a new consensus as a new generation. We clearly see that the previous generation is not willing to carry out structural transformations and does not want to pass the relay [baton] on to the new generation,” Gusmao said in a statement.

The national consensus he offered was to “rebuild a democratic culture” and to “build a solid and fraternal society” as emphasized in the preamble to the country’s constitution, which was in line with Pope Francis’ encyclical Fratelli Tutti, he claimed.

It may be cynicism, it may be sarcasm, but I am beginning to feel it as a prophetic challenge and urge to act

Gusmao said he wanted to restore the democratic culture and bring the nation back to its owners, the people, by focusing on the lives of young people, women and the poor while also paying full attention to ecological issues.

He recalled being ridiculed for his critical and analytical inputs to governments in the past and being told to take off his robes and enter politics.

“It may be cynicism, it may be sarcasm, but I am beginning to feel it as a prophetic challenge and urge to act, or even a call and duty to enforce the politics of conscience. After thinking and thinking again, now I have taken off my cloak and am ready to enter the political arena,” he said.

Gusmao claimed to have the support of the United Party for Development and Democracy (PUDD) while also expecting backing from other parties including the National Congress of Timorese Reconstruction (CNRT) of Xanana Gusmao, the popular independence leader who served as the nation’s first president.

Gusmao had sent a request to Pope Francis last year seeking to be relieved from the priesthood to make his preparations for the presidency smoother.

He was also formerly the commissioner of the National Electoral Commission of Timor-Leste.