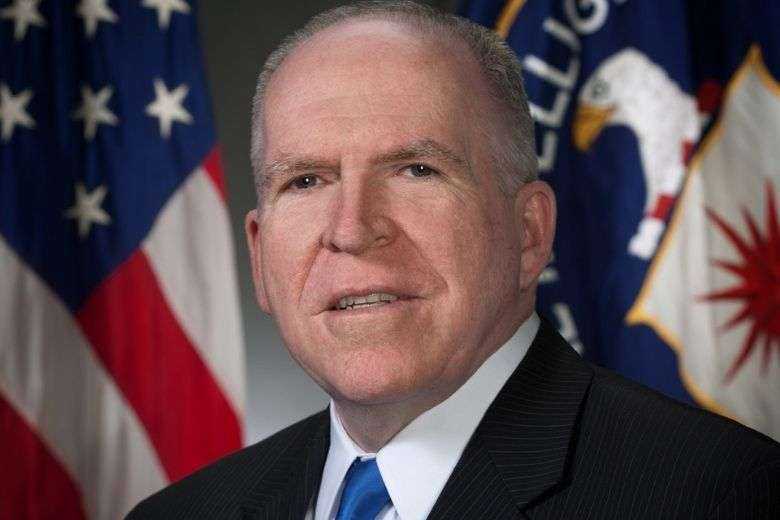 One of the principal themes of "Undaunted," the engaging memoir of former CIA director John O. Brennan, is that a sound Catholic education gave him the moral fiber that could turn into his armor and shield in government service.

One of those moments came in a February 2016 National Public Radio interview. Brennan writes that he could easily handle a discussion of topics such as harsh interrogation tactics and covert training of foreign rebel forces. But when there was a passing reference to the CIA "stealing secrets," he blew his top.

"I never liked how some CIA officers cavalierly used the term 'stealing,' which, perhaps because of my strict Catholic upbringing, I always associated with wrongdoing." So he "immediately overreacted" by saying, "We don't steal secrets. Everything we do is consistent with U.S. law. We uncover, we discover, we reveal, we obtain, we elicit, we solicit."

And of course, that flash of temper became the lead when other news outlets reported on the interview "and was mischaracterized as an admission or mistaken belief that the CIA was not in the espionage business. Nothing could have been further from the truth."

This memoir was hampered by President Donald Trump's refusal to allow Brennan access to his own CIA documents. As a result, Brennan often doesn't sound as frank as he'd like to be.

Brennan, CIA director from 2013 to 2017, shares mostly good-natured memories of his years at St. Joseph's High School for Boys in West New York, New Jersey, in the early 1970s.

The former altar boy "had to learn the liturgical prayers in Latin when I was barely 10 years old. While a bit rusty, I can still recite the 'Confiteor' in the language of ancient Rome."

It was this disciplined life, combined with his education at Fordham University's campus in the Bronx, a borough of New York City, that prepared him, he writes, for dealing with the 45th president:

"My jaded view of Trump was reinforced by his performance in the run-up to the November (2016) election and his disparagement of the intelligence community after he won. While I had witnessed many politicians over the years make hollow campaign promises and specious claims about their own accomplishments and the failings of their opponents and previous administrations, no individual came close to Trump's dishonesty, unabashed self-aggrandizement and demagogic rhetoric."

And he sometimes, given the distance of time, leaves out context for his high school experiences. One of his anecdotes would have been improved by it.

Brennan writes of his "heavily sheltered" life being "forever ruptured" when he was 16. Christian Brother Richard Greene took his English literature class at St. Joseph's to a New York theater to see Stanley Kubrick's "A Clockwork Orange," the film adaptation of Catholic author Anthony Burgess' 1963 novel about free will.

In his memory, it was a transgressive experience: "It was an act of brotherly defiance of the Catholic Church, which had condemned the movie and forbade Catholics to see it because of its raw sex and violence."

Its original Motion Picture Association rating was X, although by 1971, the rating had lost its impact. Harry Herx, writing for the U.S. bishops' Office of Motion Pictures and Broadcasting, concluded: "Only Burgess' marvelous language, and Kubrick's grandiose style have made it seem at all fresh and significant. Excessive violence and nudity in a sexual context."

What was shocking at the time still has the power to traumatize audiences, and, in fact, is more offensive now than it was then, since it has the effect of trivializing what's being shown. In the film's first 20 minutes, a roving gang of oddly costumed thugs destroys property and beats up vulnerable people, concluding with a stylized and violent rape as Alex (Malcolm McDowell) performs a soft-shoe dance while warbling "Singin' in the Rain."

The ironic counterpoint and violence were undoubtedly more than the class had bargained for.

Brother Richard is recalled by author Anthony DePalma as the kind of teacher who, in the course of keeping students engaged with the outside world, let them play a Jimi Hendrix album in class so they could discuss the lyrics. So he finds it "quite conceivable that students asked about 'Clockwork' and organized an outing."

Brennan writes that it helped bring on a "newfound agnosticism," but adds, "little did I realize at the time that my high school teachers had prepared me well for my future intelligence profession, where assumptions and untested acceptance of purported 'facts' can produce national security disasters."