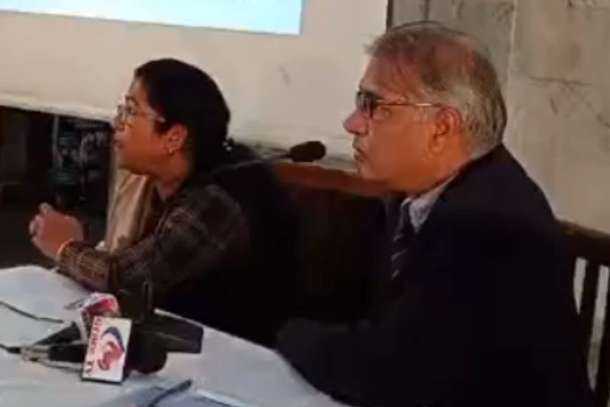 Amid increasing cases of forced conversion of religious minorities, a leading Pakistani rights group has recommended implementation of a dormant law on forced marriages.

According to Peter Jacob, the Catholic director of the Centre for Social Justice (CSJ), the proviso has not been put into practice since the law’s enactment in 2017.

“There was no discourse in assembly or senate. Therefore, it doesn’t benefit the victims. Neither law enforcement agencies nor families of victims know about this law. All cases of forced conversions are either registered as rape or kidnapping,” he said.

“The police all over the country must investigate all pending cases and future cases under Section 498 B as this enactment is particularly relevant to forced conversion and marriages involving minority women.”

Jacob was speaking at a Nov. 28 consultation on “Forced conversion complaints and religious freedom” organized by the CSJ at Loyola Hall, a Jesuit retreat and educational center in Lahore. Hundreds of participants attended online.

Around 52 percent of alleged forced conversions occurred in Punjab province and 44 percent in Sindh.

More than 54 percent of victims (girls and women) belonged to the Hindu community, while 44 percent were Christians.

In a press release, the CSJ recommended the chief justice of Pakistan to consider sensitization of judiciary and judicial officers on the issue of forced conversions.

“The federal Ministry of Human Rights should carry out a comprehensive study and analysis of the issue, including under-trial cases, and the remedies, if any, provided by the concerned departments and institutions,” it stated.

“An amendment bill in the criminal law should be introduced that makes all religious conversions be acknowledged, verified and validated by a senior civil judge to ascertain the presence of free will, consent, in addition to the appropriateness of age and marital status of the parties.”