Forging a Church for the future

The papacy should be de-mystified, not re-mystified 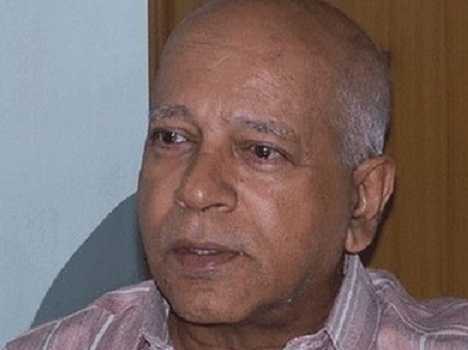 When Pope Benedict XVI was elected in April 2005, he had a reputation as a hardline conservative.

Both were known conservatives who reflected the pope’s way of thinking, expressed in his reactionary document Dominus Jesus. It emphasized doctrinal orthodoxy rather that Christ-like orthopraxis.

The irony is that while the pope began to change the face of rising dissent and protest from priests and people within the Church, the Curia did not.

Their ham-fisted handling of this rising tide of protest and dissidence engulfed the papacy itself, resulting in Pope Benedict’s resignation. In the process, it severely eroded the moral authority of the pope and the spiritual credibility of the Church.

The Church is a divine-human institution and the pope symbolizes it. By resigning from the papacy, Pope Benedict made a distinction between the primacy of the papal office and the secondary nature of the person holding it.

For all too long the person holding the office has been invested with a quasi-divine aura, rather than humbly and transparently symbolizing its divinity as the Sacrament of Christ.

Benedict extended the post-Vatican II tradition of demystifying the papacy and ever more strongly identifying it first and foremost as a ministry of service.

John XXIII stepped off the sedia gestatoria (the chair on which he was carried in) thus refusing to be carried into St Peter’s for the opening of Vatican II. Paul VI renounced the use of the papal tiara (crown) in favor of a bishop’s mitre. John Paul I replaced a coronation ceremony with an inauguration Mass whose crescendo was not a coronation but the placement of the bishop’s pallium. John Paul II did the same.

In resigning his papacy when he no longer felt capable of fulfilling its responsibilities, Benedict XVI continues in that vein by demonstrating that all the baptized, even the pope, come not to be served but to serve. In his own words: “The Church has for a long time now looked like a Church of baroque princes.

It is now returning to the spirit of simplicity which marked its origins -- when the ‘servant of God’ chose to be a carpenter’s son on earth and chose fishermen as his first messengers.”

The fundamental challenge for the next pope will be whether to re-mystify the papacy as some cardinals seem to earnestly desire or to continue the process of de-mystifying it so that the Church, and not the papacy, may transparently become the light of nations (Lumen Gentium).

This means bringing meaning, hope and courage, not just to 1.2 billion Catholics, but to the more than 6 billion humans who inhabit the earth. But he must also bring a sense of urgency for ‘life in abundance’ to God’s cherished “Blue Planet,” which is now in danger of extinction as humans mindlessly destroy the life systems that sustain it.

After all, God loved the ‘world’ (universe) so much that he sent his only begotten born on planet earth, to transform it into a “new heaven and new earth” that God’s reign may flourish “on earth as in heaven.”

The next pope must be a person of profound spiritual depth and breadth, captivated by the enthralling story of the universe as revealed in the history of salvation that is inextricably interwoven with human history.

Like Pope Paul VI, he must discern, “at the heart of the world there dwells the mystery of the human person discovering oneself to be God’s child in the course of a historical and psychological process in which constraint and freedom as well as the weight of sin and the breath of the Spirit alternate and struggle for the upper hand.”

All of the five predecessors of Emeritus Pope Benedict are candidates for canonization as saints.

This must be the pedigree of the next pope, a transparent saint for our times. A person, according to Morris West’s The Shoes of the Fisherman, “who hears the truth in his heart, and bears the scars of its consequences in his flesh,” a transparent witness of the compassion and love of Christ, before being a theologian or teacher

Pope John XXIII’s address on Vatican radio a day before Vatican II, was focused and succinct.

“The world indeed has need of Christ,” Pope John proclaimed, “and it is the Church that must bring Christ to the world.”

The next pope must be relentlessly focused on revealing the Church as the Sacrament of Christ the Redeemer of the world, both by consistent symbolic gestures and compassionate proclamations, so that the world may believe, “God so loves the world.” All else is secondary.

Redemptorist Father Desmond de Souza formerly served as the executive secretary of the Office of Evangelization in the Federation of Asian Bishops’ Conference. He was closely associated with the Churches in Asia from 1980 to 2000. He is now based in Goa.