Can the Church recognize the 'great richness' dual unions offer the faith? 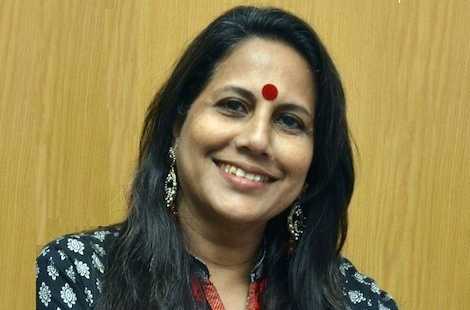 The Extraordinary Synod for the Family has begun, and like all Asian Catholics I am hoping our concerns will be adequately represented in this predominantly Western gathering.

Of the 14 couples who have been invited, there are two each from the United States and Italy, three from Africa, two from South America, and one each from Iraq, Lebanon, Australia and France. Asia is represented by a couple from the Philippines, a country that is about 82 percent Catholic, a reality so different from other Asian countries where Christians form a tiny minority — less than 1 percent in Japan and Pakistan, and 2.3 percent in India. This demographic is important because it gives rise to a challenge peculiar to most Asian countries — interfaith marriages. In some parts of India they account for more than 50 percent of the marriages celebrated in Church. The Japanese bishops have cited a figure as high as 76 percent.

While Christians have always been a minority in Asia, the increase in interfaith marriages is a recent development. Among the primary reasons for this increase are the education of women and their entry into the workforce across all economic strata. Universities and workplaces provide multi-religious spaces that offer opportunities for intimate relationships across traditional boundaries. More, women with the self-confidence that comes with their growing earning capacity are making independent decisions. Added to this is the overall distancing from religion.

In India these increasing numbers have become a matter of concern. In June this year the Syro-Malabar Archdiocese of Trichur reported 200 cases annually of Catholics, mostly women, marrying outside the Church. Auxiliary Bishop Mar Raphael Thattil met with Pope Francis to discuss the issue. The approach of the committee formed to look into the matter was largely preventive, focusing on steering the young into Church activities, creating avenues for the eligible to meet, strengthening the teaching of catechism and sensitizing parents and youth about the need to marry within the faith.

A couple of months prior to this report, the Archdiocese of Bombay's pastoral council discussed interfaith marriages. The picture painted was bleak, with religious intolerance, loss of family traditions and values and marital disputes over religion resulting in marital breakdown among the issues faced by interfaith couples. Once again the measures proposed to deal with this phenomenon were largely pre-emptive, involving education on the sacrament of marriage, family prayer, faith formation and counseling on the pitfalls of interfaith marriages. A few pastoral recommendations were made such as marriage preparation courses for interfaith couples and acceptance of the spouse of a different faith. In neither dioceses' response, however, was there any recognition of interfaith families as a sign of the times.

This approach was indeed different from the perception of the eight women, who in preparation for the Synod on the Family, came together to share their stories and reflect on their experience as members, partners and nurturers of interfaith families.

“We are chosen,” said one. “Through our example people come to accept Christ.” This was a common denominator with the women, all in strong, stable marriages spanning decades. They were ever conscious of being the face of Christ and the Church, not just in their immediate families, but also in their extended families of another faith. For one woman, formerly an indifferent Catholic, this actually resulted in a journey back to the Church because suddenly she was expected to be knowledgeable enough to answer the many curious questions about her religion. For another, her "isolation" strengthened her prayer life, her powerful witness drawing her unbaptized child to the Church. For these women their intimate, sustained dialogue of life is a potent form of evangelization in their interfaith families, even if it has not culminated in the baptism of their spouse and children.

Such openness to the Christian way of life is only possible if it is matched with a similar openness on the part of the Christian partner toward her partner's religious tradition. Not surprisingly therefore, all the women expressed a desire to know more about the religion of their spouse so that they could find a meeting ground and enrich their relationship. Some shared the ways in which they worshipped together and evolved a common spirituality, while others talked of how they worshipped separately but with a consciousness of the spouse's religious affiliation.

Sadly, most of the obstacles to their journeying into Communion have come from the Church, the biggest being the Church's insistence, overtly or covertly, on the baptism of the children.

“It comes like a sword dividing the family,” said one woman, who is a child of an interfaith marriage. She said the Church's uncompromising stance on baptism threatens the very existence of some marriages, jeopardizes the practice of the Catholic partner's faith, and leaves scars that affect generations.

Marginalization by priests and the Catholic community has been another source of pain for the women whose children were not baptized. Too often their decision not to baptize their children is seen as indifference toward the Christian faith or the Church, when in reality it was not an active choice. What the women did choose was to love and respect their spouse, and this would not have been possible if they had excluded him from the religious upbringing of his children or alienated his children from him by giving them a different “label”. Alternatively, the women are accused of not following the “rules” that all club memberships demand. But is the Church a club? Or is it a community formed to make the gospel come alive?

For these women their shared experiences raise many theological issues, among them, the sacramental nature of their marriages; the questioning of baptism as key to Christian living; new insights into the mystery and immensity of God; and the understanding of evangelization in their multireligious context.

As these women look to the ongoing Synod, what they ask most is for the bishops to listen to them with an open mind; to re-examine and revise doctrine and theology in light of the challenges they face and pose to the Church; to frame laws and regulations keeping both partners in mind as they are an indivisible unit brought together by God; to provide support and guidance in a spirit of respect and acceptance, without judgment, censure, triumphalism or attempts at conversion; and to learn from the spiritual insights and experiences of interfaith families.

The Instrumentum Laboris has made the first step by acknowledging that interfaith couples “bring great richness to the Church” and offer an opportunity for growth in faith. We hope that the interfaith couple (Catholic wife, Muslim husband) invited to the Synod will carry this admission forward so that we do not have to wait for the changing religious profile of the Western world (evident already with the European Union) to put interfaith families on the agenda of the Universal Church.

Dr Astrid Lobo Gajiwala is head of the Tissue Bank at Tata Memorial Hospital in Mumbai and a lay theologian and activist.