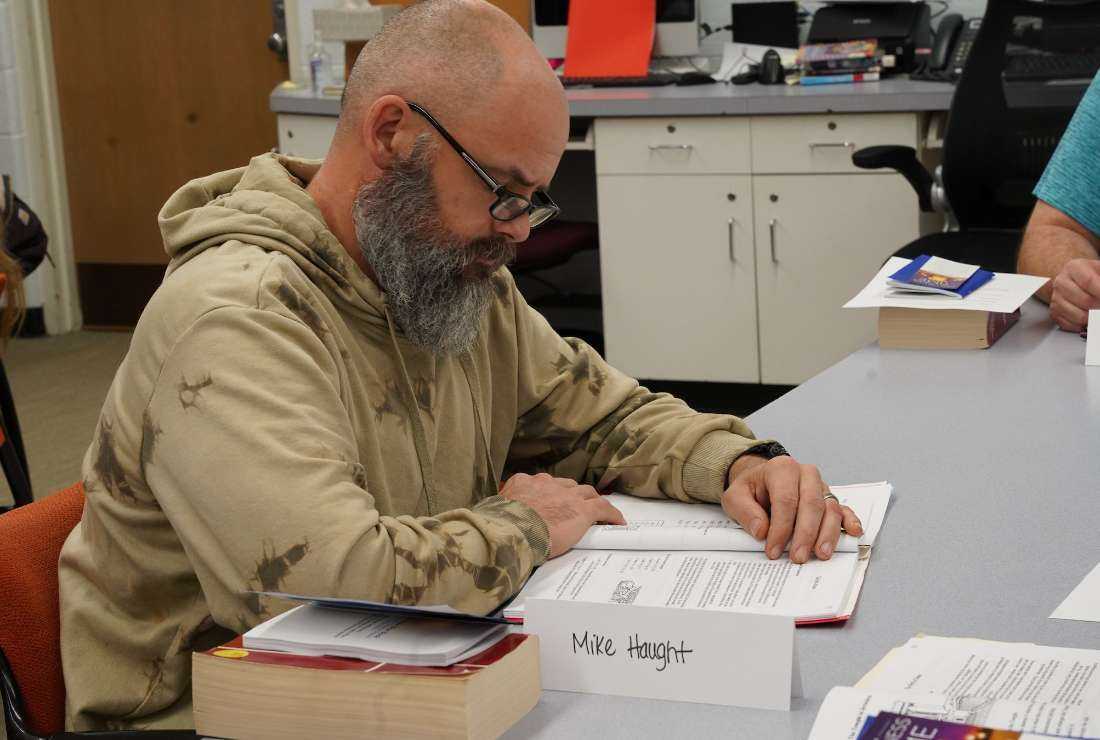 For anyone interested in becoming Catholic, wishing to complete the sacraments or wanting to learn more about what the church teaches, the answer for decades was "join RCIA."

The Rite of Christian Initiation of Adults, the process by which the church brings in new converts and educates catechumens and candidates, has been a staple in Catholic life and lingo for years.

So, is the new answer simply, "join OCIA"?

Yes, but there's more to it than that.

The change from "rite" to "order" is in part because of a retranslation of the Latin name into English, said Mercy Sister Esther Mary Nickel, director of sacred worship in the Archdiocese of Detroit's Department of Evangelization and Missionary Discipleship.

"When I studied in Rome, we had OCIA, because it was all in Latin. All we have done is taken the 'O,' which is 'ordo,' and made it back to 'order,' instead of the 'R' for 'rite.' I don't want to say it was a mistranslation, but the new translation is more comprehensive."

It might seem like semantics, but changing the process of entering the church from a "rite" to an "order" has practical implications, Sister Nickel said.

For one thing, rites are still part of the order but the new structure is meant to invite candidates and catechumens into a continuous process of spiritual formation as opposed to fixed checkpoints on the path to baptism, first Communion and confirmation.

Ideally, those interested in joining OCIA would not have to wait until the fall to do so, Sister Nickel said.

"We want to propose and help people institute in Families of Parishes (parish clusters) an ongoing catechesis and formation so people can come into the church more frequently and not necessarily wait to begin the process of faith formation as disciples. That will be the big difference of a yearlong catechesis and accompaniment," she explained.

The catechumenate is meant to be an ongoing formation process in which the initiated are invited to become involved in the parish, attend Mass and OCIA classes and work with catechists in delving into topics such as creation, salvation, the sacraments, the church and the four "last things" (death, judgment, heaven and hell).

Still part of the OCIA process are rites such as the Rite of Entrance to the Catechumenate and the Rite of Sending, which both occur at the parish level, and the Rite of Election, which occurs at the cathedral with the bishop, said Amy Wyss, associate director of sacred worship at the archdiocese.

"Following that is a series of rites called the scrutinies, and after that are the Rites of Initiation," Wyss explained.

These rites are not new to the church, but by making the entire process an "order," the candidate or catechumen understands the rites received in church or at the parish are just one part of the ongoing journey of discipleship that will culminate with baptism and confirmation -- usually during the Easter Vigil -- but will continue throughout their lives.

Catechumens (those who have yet to be baptized) and candidates (those yet to be confirmed in full communion with the Catholic Church) will not progress to the next rite in the OCIA process until they are ready, Wyss said.

"It's about a relationship with Jesus Christ. It's about coming to knowledge of Jesus Christ and then bringing my life into conformity with his teachings. Yes, we have these beautiful experiences in the liturgy that are integrally part of this. But what is happening is the process of coming into relationship with our Lord," she said.

A major benefit is that people can enter the OCIA process at any time in the calendar year and can receive the sacraments of initiation at any time, not just during Easter.

"For those coming into the catechumenate, it's not a straight line where everyone is doing the same thing or on the same path," said Tina Kovalcik, director of religious education at Immaculate Conception Parish in Ira Township, 40 miles northeast of Detroit. "If they are not ready to go through to the next step, we don't push them. It is up to the catechumens and the pastor, and if they are not at the level of faith yet, we don't go through with the next rite. Likewise, others really catch onto it and are ready almost immediately."

The OCIA process encourages candidates and catechumens to take charge of their faith education, ask questions of catechists and explore the answers.

Most catechumens and candidates will still be received into the church during the Easter Vigil, but OCIA encourages them to get involved in the parish community even before they receive the sacraments, sowing seeds of discipleship that will grow well beyond confirmation, said Matthew Hunt, director of religious education at St. Thecla Parish in Clinton Township, near Detroit.

In some cases, a person might be spiritually ready to join the church before Easter, and that's an option, Hunt said.

"Instead of just waiting, if a person has the conviction in their heart, if they are ready, they can join the church quicker than waiting for the Easter Vigil," Hunt said. "For a lot of people, the waiting sometimes is the downfall. You have to wait and go through the process, and some people need that. But at any point a priest can get a special dispensation to do confirmation."