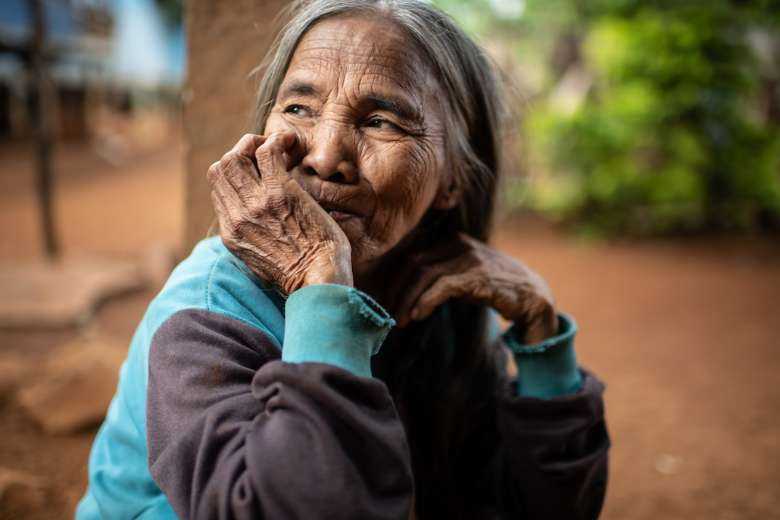 A Laotian grandmother in the village of Bolovens. Villagers in southern provinces of Laos have been suffering food shortages due to Covid-19 lockdowns. (Photo: AFP)

Villagers in the southern provinces of Laos have been suffering from a shortage of food and daily essentials as they are unable to work while markets and stores remain closed due to protracted and strict Covid-19 lockdowns, media reports say.

Laos, a tiny Southeast Asian nation of about 7.5 million, has seen a spike in coronavirus cases since April following relative success in keeping the virus at bay for nearly a year.

This landlocked communist country has recorded 19,185 cases and 16 deaths from the pandemic so far. About 1.91 million Laotians or 26.6 percent of the population have been fully vaccinated, according to Our World in Data.

To curb the spread of infections, the government of Prime Minister Phankham Viphavanh has imposed lockdowns in various parts of the country. In southern provinces, the curbs have been extended until the end of September, reported Radio Free Asia (RFA).

A villager from Tha Khek district in Kham Mouane province in southern Laos said supplies of dry foods such as noodles, canned sardines and rice have almost been exhausted and fresh meat and vegetables are not available as markets are closed.

“My village right now is still under lockdown and people are not allowed to go out,” she told RFA. “The markets are closed, so there is no buying or selling of anything.”

She added that police and soldiers continue to patrol the area to bar villagers from movement without permission. Violators are slapped with a fine and a warning the first time but are jailed for a second offense.

“We’ve been eating whatever dry food we have for three meals a day for one month,” she said.

Saravane province is slated for lockdown from Sept. 14-28. A villager said many people have faced difficulties in the past week as all fresh food markets are closed in Saravane city. It prompted local authorities to resume one market to ease the food shortage.

“When we are under the lockdown, people can’t go in and out, but on Sept. 15 they opened one market to provide relief,” the villager said.

He added that a truck was transporting rice from to the city from Pakse in neighboring Champassak province.

An official from the province’s Department of Industry and Commerce said one of three large markets was opened to help residents get sufficient food during the lockdown.

He added that traders should obtain permission from local officials to transport fresh food within the province. The sale of dry food like rice is not yet allowed and violators will be punished with a fine of 100,000 to 10 million kip (US$10-1,025), he said.

An official from Kham Mouane province said villagers were notified about a 15-day lockdown and market closures in advance and were urged to stock up on food.