Despite the acute food crisis, Kim Jong-un's regime has spent extravagantly on fruit for the top brass, sources say 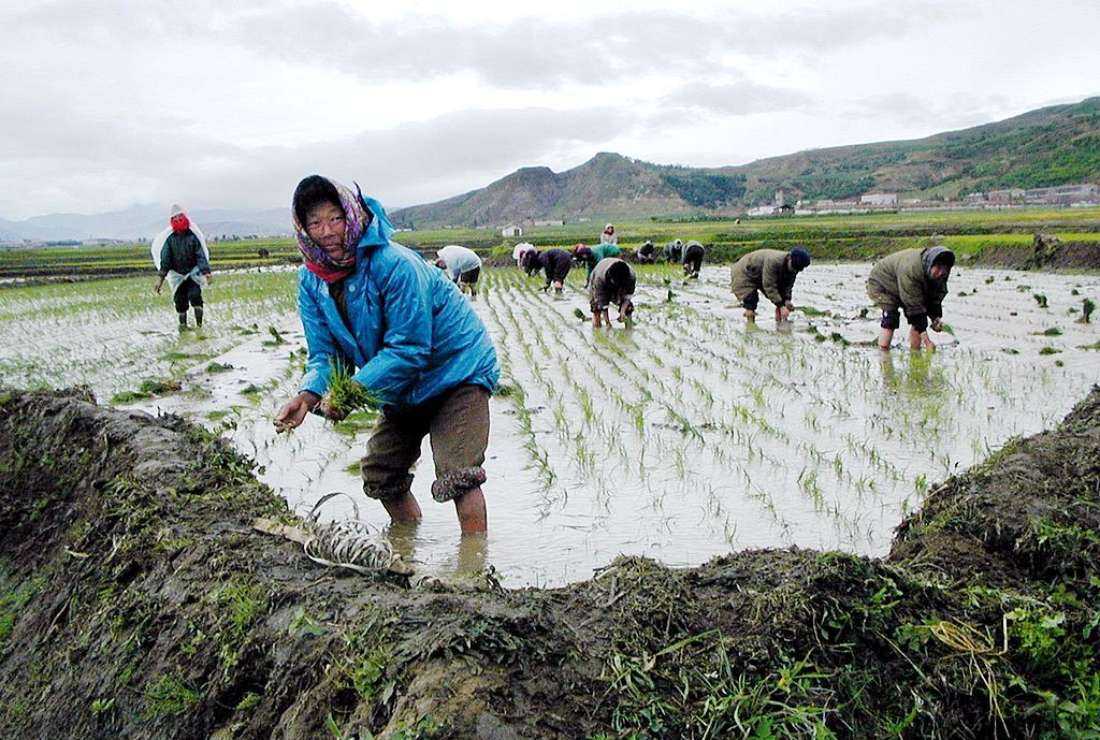 North Korea is facing the worst food crisis since the 1990 great famine, according to 38 North, a US media outlet. (Photo: AFP)

Millions of North Koreans braced for subdued Lunar New Year celebrations as skyrocketing food prices triggered by one of the worst food crises in decades hit the communist-ruled nation, says a report.

While ordinary citizens struggle to buy enough food, the regime of Kim Jong-un spent an extravagant amount to import fruit for its top brass to celebrate the New Year, reported the Korean Service of Radio Free Asia (RFA) on Jan. 21.

Several residents who went out shopping to prepare for the Lunar New Year and Chuseok, the autumn harvest festival, were disheartened by the high prices for common food grains such as rice and corn.

“We have to prepare for the Lunar New Year holiday, but prices are rising steeply, so the hearts of ordinary residents are heavy,” a resident from the northeastern province of North Hamgyong told RFA on condition of anonymity.

Over the last month, rice prices jumped 27 percent, corn rose 17 percent, and pork which was already unaffordable to the average person climbed another 11 percent.

Residents complained of extreme price hikes during festivals which throttles their buying power making them “wish there were no holidays,” said the unnamed resident.

An American media outlet specializing in North Korea, 38 North, claimed the country is facing the worst food crisis and humanitarian emergency since the great famine of 1990. During that famine between 600,000 to one million North Koreans or 3-5 percent of the population perished.

Despite the food crisis, Kim Jong-un’s regime is importing tons of fruit for the top brass to celebrate a “jesa” ceremony.

“Jesa” is a traditional ceremony celebrated in various East Asian countries. It functions as a memorial to the ancestors of participants. Jesa is usually held on the anniversary of an ancestor's death.

The North Korean government has imported tons of Chinese-grown fruits such as lychees, pineapples, and mangoes, a source in the Chinese border city of Dandong told RFA.

“Various fruits have been shipped into North Korea in huge amounts on the Dandong-Sinuiju freight train,” the source said.

“The North Koreans have been saying that the southern fruits will be gifted to officials in Pyongyang on Lunar New Year’s Day,” the source further added.

The source said that a 17-car freight train left Dandong last week headed toward Sinuiju on the North Korean side of the Yalu River.

"Large numbers of people have gone missing, believed to have starved or frozen to death"

Reportedly, two of the cars were loaded to the brim with tangerines, bananas, and pineapples, likely amounting to about 120 tons of fruit in total.

Earlier in January, North Korea slashed the people's annual food ration in half while maintaining cattle food rations at the same level causing widespread uproar among the people.

The temperature has dropped far below freezing point and, as food becomes more scarce, large numbers of people have gone missing, believed to have starved or frozen to death.

In December, North Korean authorities forced its citizens to donate “patriotic rice” to the state amid its massive food shortage that reportedly triggered public dissatisfaction.

The nation had a poor rice harvest due to colder temperatures and heavy cloud cover that reduced sunlight in July, which is the prime rice growing season, according to South Korea’s Rural Development Administration.

The price hike dampened the New Year's spirit of the citizens.

“The usual holiday atmosphere … is nowhere to be seen. When residents check the price of items they want to buy, they just seem hesitant,” said a resident of North Pyongan.