Fond memories, from the woman who was the pope's childhood sweetheart

From The Telegraph, March 15 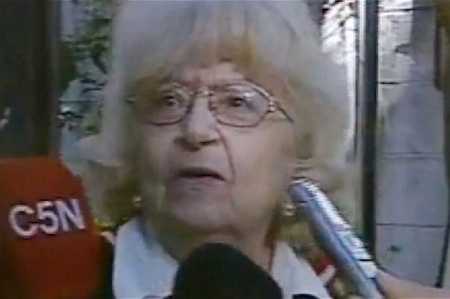 By Philip Sherwell in Buenos Aires and Aislinn Laing

The childhood sweetheart of Pope Francis revealed that she had been forced to reject his boyhood offer of marriage, a move which eventually led him to devote his life to God.

The woman, Amalia Damonte, 76, said that the young Jorge Mario Bergoglio, when they were both just 12 years old in the Buenos Aires suburb of Flores, declared: "If I can't marry you, I'll become a priest."

She spoke as the only remaining sibling of the new pontiff confided in her that he never wanted to become the leader of the world's 1.2 billion Catholics.

María Elena Bergoglio, 12 years the junior of the 76-year-old pontiff, said he never wanted to be pope and now faced a lifetime of "infinite loneliness".

"He didn't want to be Pope and when we chatted privately about it, we joked at the prospect and he would say 'no, please no'," she told The Daily Telegraph.

"I didn't want him to become Pope because he's going to be very far away and second because it is such a large responsibility.

"But I am also totally proud that he is the new Pope - because he's the first from outside Europe, because he's Latin American, he's Argentine and he"s my brother."

She conceded that "having a brother who is a pope is a blessing from God", adding: "It's a historic moment - he's the first non-European pope, the first Latin American and the first Argentinian and it falls to him, my brother."

From what she had seen of his own reaction to the news on television, he also seemed pleased, she said. "The expression on his face spoke of a fullness of heart," she said.

Miss Bergoglio said that she never knew anything about his young love life.

However on Thursday, speaking from her home in Flores, an emotional Amalia said that the "romance" did not prosper because of the opposition of her parents.

"When we were young, he wrote me a letter and I didn't reply to him. What I wanted was for him to disappear from the map. My father had hit me because I had dared to write a note to a boy.

"He had drawn for me (in the letter) a house which had a red roof and said that it was the house he was going to buy for me when we were married.

"I never saw him after that - my parents kept me away from him and did everything possible to separate us."

Amalia added: "I have nothing to hide, as it was a thing between children and totally pure.

"I think he asked me to marry him because he wanted to follow the example he had seen at home and form a family."

"In love? At that age, I didn't know love - I only knew love when I was much older. I was just a little thing," she said.