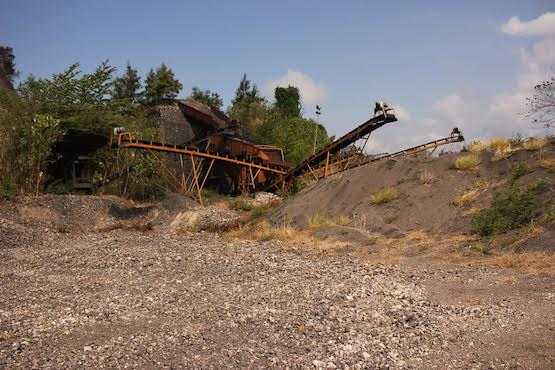 A government plan to allow mining activities in Manggarai district has farmers up in arms (ucanews.com photo)

Farmers on the Catholic majority island of Flores have marched on the local legislature to oppose renewed plans by local authorities and a mining company to exploit manganese deposits in their villages.

The farmers from Nggalak and Maki villages descended on lawmakers at the parliament in Ruteng in Manggarai district on Jan. 18.

They called for local authorities not to issue a license to manganese mining company, Masterlong Mining Resources.

The local government is set to award a concession to the company to excavate manganese from 7,000 hectares of land in and around both villages.

However, local farmers who succeeded in foiling mining operations in the area several years ago, say the mine would be a disaster for them and the local environment.

"If the company exploits the area, it will create drought, a shortage of clean water and famine, because a significant amount of agricultural land will be damaged," said farmer Fridolinus Sanir.

He said the mine would swallow up two springs, which have been the main source of drinking water and irrigation for farmers.

Mining activities will likewise damage protected forests and about 800 hectares of rice fields, he said.

Rofinus Tamin, another farmer, said the manganese deposits are on communal land, where they raise livestock.

"Mining on our land will destroy our heritage," Tamin said.

Father Simon Suban Tukan of the Divine Word Justice, Peace and Integrity of Creation Commission in Ruteng, said mining will harm people's lives because it will be taking place just 500 meters from their houses.

The priest who works with local farmers in the district in opposing mining said local officials have for too long ignored people's interests and bowed down to mining firms.

"The government must hear the farmers. Do not go against them if people do not agree," Father Tukan said.

"People's lives are more important than revenue from mining," the priest said.

Legislator Willibrodus Kengkeng promised to pass on the farmer's concerns to the government.

"We will meet government officials in charge of the environment to find a solution," the lawmaker said.

People in Manggarai district, which comes under Ruteng Diocese, have long history of battling against mining.

The Catholic Church helped people in their fight against the granting of dozens of permits to exploit about 20,000 hectares of land in 2010, including protected forest and reserved land.

Their opposition has proved successful with some mining companies having to later stop operations. However, the latest plan for Manggarai district has sent a message to people and the Catholic Church that the battle is not yet over.