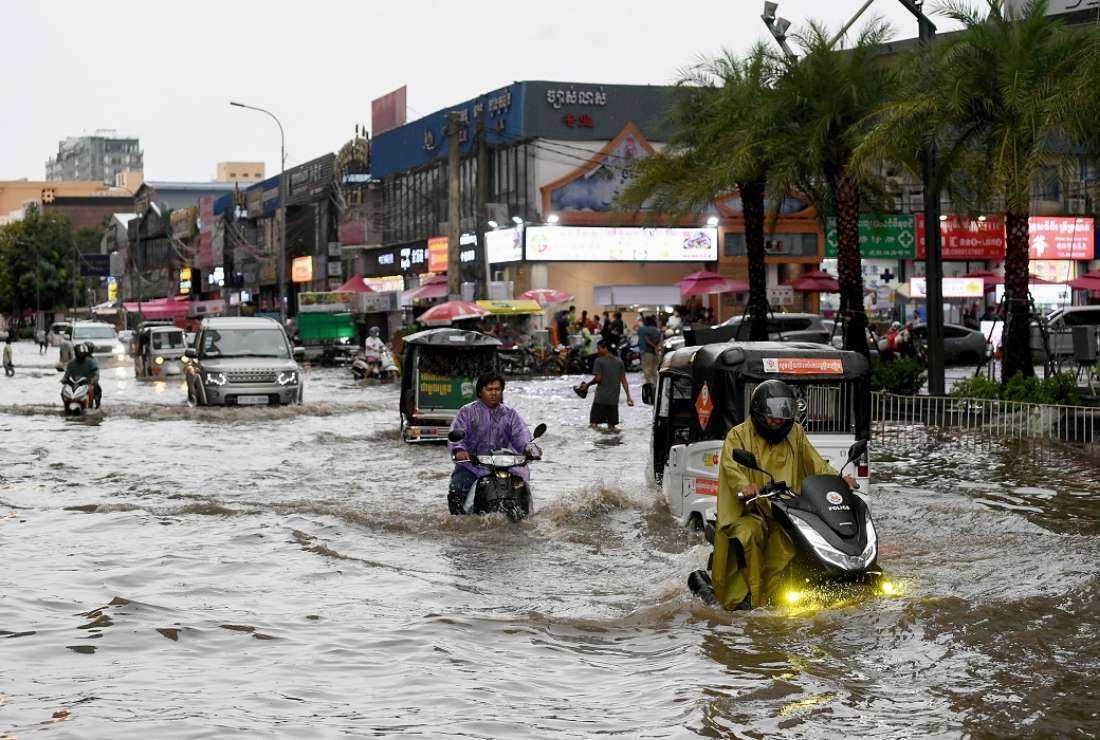 At least 20 people died, and more than 1,700 families have been evacuated in Cambodia following devastating floods triggered by torrential rain after the end of a drought in the Southeast Asian nation.

About 70,000 families have been impacted by floods so far, reports say.

Weather forecasters have predicted this year’s monsoon will extend into December providing a respite for Cambodian farmers who are struggling to recover from the drought. However, rescue efforts were being complicated by the floods.

In many parts of the country provincial schools have closed, celebrations marking the annual water festival in November were canceled, and land mines were unearthed, shifted or washed down to rivers. The flooding has reportedly destroyed almost 30,000 hectares of rice fields across the country.

Chan Yutha, Secretary of State at the Ministry of Water Resources and Meteorology, told reporters the impact of the La Nina weather phenomena is up and at 65 percent in effect, meaning heavy rains from the northeast were expected to last from the start of October until the end of the year.

The wet season normally ends in October but La Nina, which occurs every three to five years, results in a cooling of surface water temperatures across the Pacific Ocean that delivers heavier rains across Southeast Asia.

The National Committee for Disaster Management (NCDM) said 22 of Cambodia’s 25 provinces have been affected by floods with six in the north badly affected and that a further 133,237 hectares of rice paddy fields and 11,848 hectares of mixed crops had been damaged.

“Rain will continue to fall until the end of December, extending the rainy season,” Soth Kim Kolmony, NCDM spokesman, told the pro-government Khmer Times. “I think if the rain continues like this then many more rice fields will be damaged.”

The Cambodian Mine Action Authority (CMAC) has warned de-miners around the country that war-era explosive ordnance had been found due to landslides and in rivers flowing from areas still littered with anti-personnel mines and anti-tank mines.

“Where there is a minefield and it has not been cleared and the water is flowing into that area, then you can assume that the mines will float through the water to various other places, so people need to be very careful,” CMAC spokesman Minh Sron said in a notice to staff.

Heavy rains resulted in the Mekong River Commission (MRC) declaring the end of a drought in the Lower Mekong Basin, which was in its fourth year. But massive dam construction in China and Laos was also blamed for water shortages amid long dry spells and sudden water releases.

A lack of cross-border communications has contributed to the problem, which the MRC hopes to have resolved through the approval of a “milestone” document regarding cross-border environmental impact assessments for hydropower projects and a revision of preliminary design guidance.

“This is a historic breakthrough for MRC cooperation after years of discussion,” Anoulak Kittikhoun, chief executive at the MRC Secretariat in Vientiane, said earlier this week.

The MRC is responsible for the management of the Mekong River, which is shared between Cambodia, Vietnam, Thailand, Laos, Myanmar and China.

“The two guidelines point out exactly what to do in minimizing cross-border environmental impacts,” he said. “Members will see how beneficial the guidance is, not just to their own country and local communities, but in working together with their neighbors.”

Moody’s Investor Services has warned Cambodia that it faces high risks in terms of its exposure to dangers posed by climate change and that could put its credit rating in jeopardy.