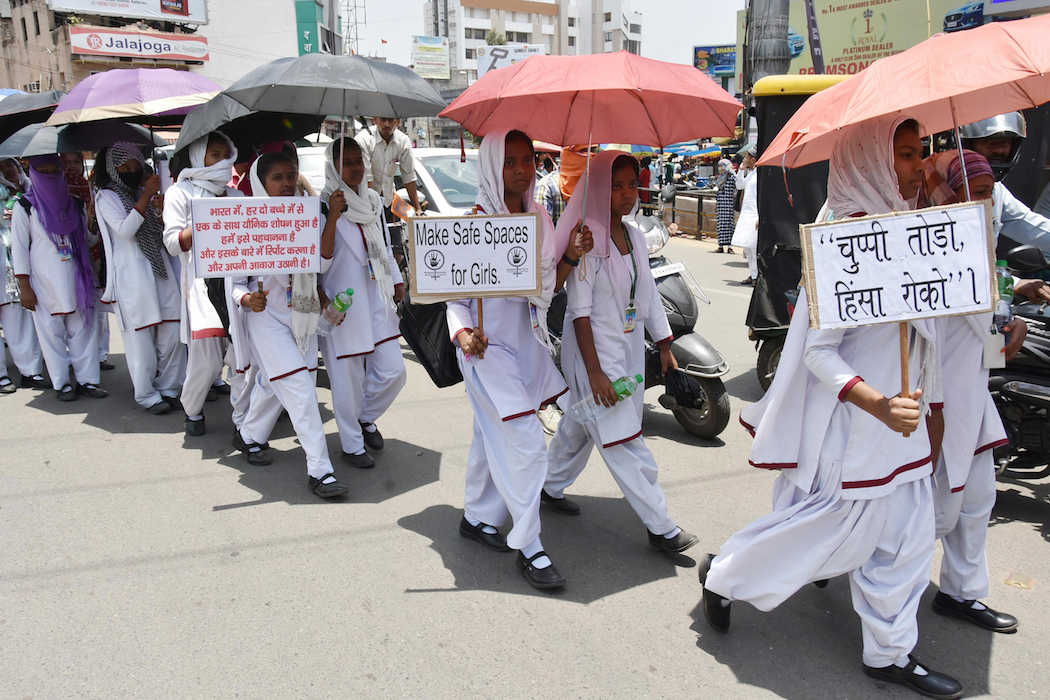 School girls hold placards during a silent protest rally against the rape of two teenage girls in the Chatra and Pakur districts of Jharkhand, in Ranchi on May 8. In a more recent rape case in the same state, five women were abducted from a Jesuit-managed school and sexually assaulted on June 20. (Photo by AFP)

Five women were abducted from a Jesuit-managed school and gang-raped in a forest near the Khunti area of India's Jharkhand state, police said.

Unidentified men on six motorcycles took away the women on the afternoon of June 20 while they were performing a play about social awareness, said A.V. Homkar, the area's senior police official.

He said investigators have detained nine people for questioning but have not established their identities.

Jesuit Father Xavier Soreng, a social activist in state capital Ranchi, said the crime was reported to police only on June 21 morning as the victims were frightened because the attackers had threatened to kill them if they went to police.

The women were taken further into the forest and sexually attacked before being released late in the evening, the priest said.

A police official told ucanews.com that a medical board formed to help the investigation has confirmed all five abducted women were raped.

Three teams have been formed to investigate the matter.

Catholic Bishops' Conference of India secretary-general Bishop Theodore Mascarenhas has rushed to the area to help the local church deal with the situation.