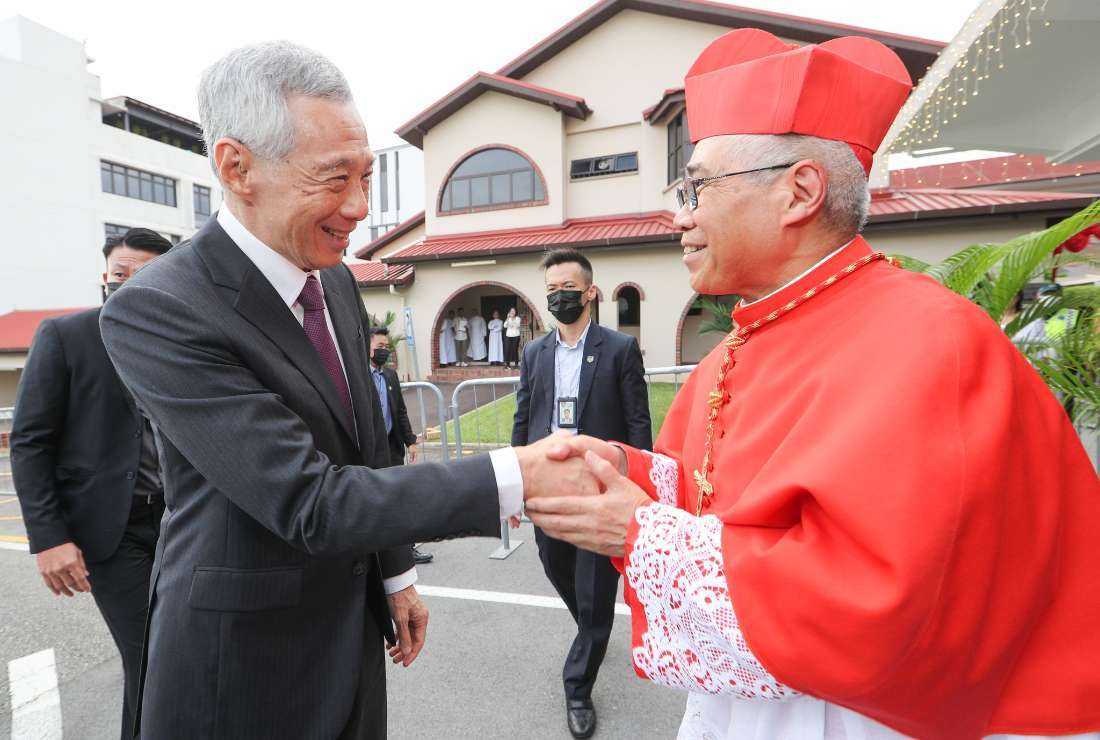 Cardinal William Goh has vowed to promote the model of Singapore’s peace and harmony among religions in Asia and the world during a thanksgiving Mass celebrating his elevation as a cardinal by Pope Francis.

“Singapore is an icon for religious harmony in the world, where religious leaders and government work hand in hand for the good of the society, instead of being at odds with each other,” Cardinal Goh, 64, said during his homily at St. Joseph's Church at Bukit Timah on Sept. 8.

Goh said that his appointment as a cardinal was “beyond his expectation” and "a very humbling experience."

He said he wants “to spread such peace and unity to the rest of Asia by fostering dialogue between different religions.”

A commemorative booklet -- "That They May Live" -- was released to mark the occasion. The book outlines four thrusts of Cardinal Goh's pastoral view for his cardinalate: Faith in Asia, Aid to the Poorest and the Least, Climate Action and a New Way of Inter-religious Dialogue for Human Fraternity, says a press release from Singapore Archdiocese.

The Singapore prelate was among 20 new cardinals of the Catholic Church created by Pope Francis in a consistory at the Vatican on Aug. 27. He is among the six new cardinals from Asia.

"He doesn't take it as a personal honor, he does it as service"

Premier Lee said he was happy to join the event to celebrate Archbishop William Goh becoming a cardinal, a rank second only to the pope in the Church hierarchy.

“I wish Cardinal Goh all the best in his new appointment and am confident he will continue working with fellow religious leaders in our multi-religious landscape, to maintain our unity and harmony, especially as we build a new social compact for the country,” Lee posted on his official Facebook page after the event.

Law and Home Affairs Minister K Shanmugam who also attended the thanksgiving Mass told reporters that thanks to his years of interaction with Cardinal Goh he can say he is “a perfect fit” for the direction of the Catholic Church that Pope Francis has been emphasizing for years, Channel News Asia (CNA) reported.

He said he was struck by his "sincerity, the purity of the person, and his deep passion and desire to serve others."

He said that Pope Francis’ choosing of Archbishop Goh was a great honor for Singapore.

"It is a great and signal honor to Singapore and to him," said Shanmugam. "But I know he doesn't take it as a personal honor, he does it as service."

"We appreciate the honor that is bestowed to him for his leadership and his commitment to spread harmony, and peace among various faiths," Masagos said.

Once a Malay fishing village, Sir Stamford Raffles founded Singapore as a British colony in 1819.

His arrival in Singapore marked the beginning there of the Catholic Church, which is credited with vital contributions to nation-building in the city-state through education, health care, and social welfare.