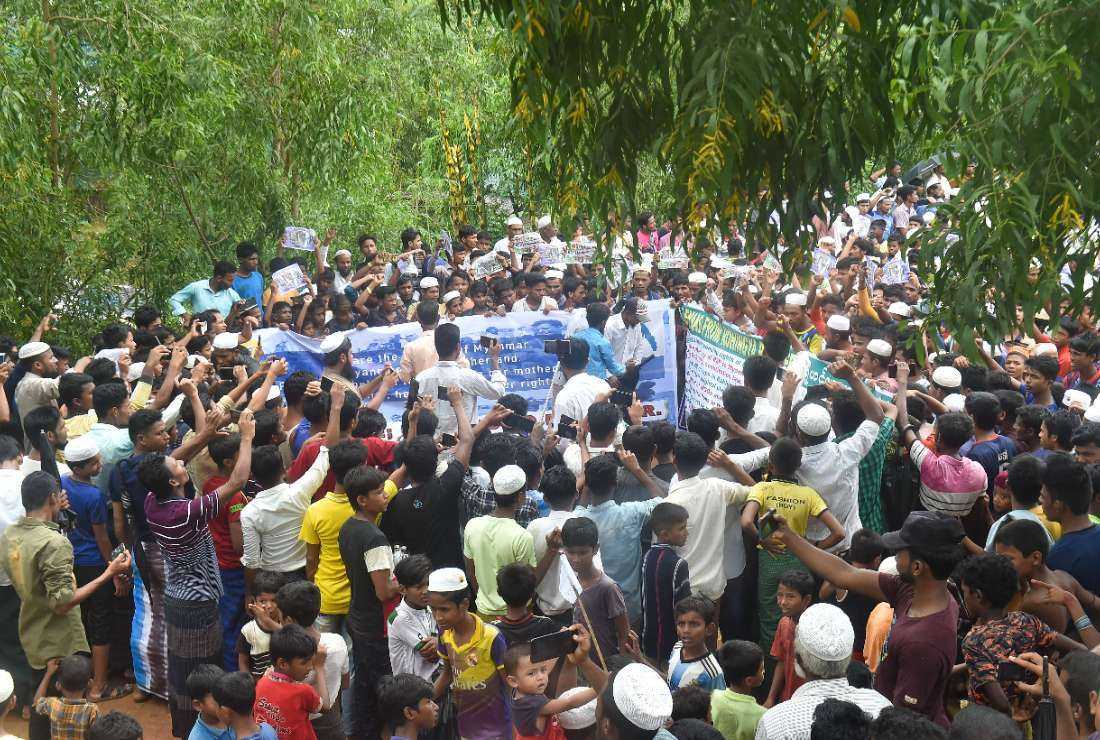 Some one million mostly Muslim Rohingya refugees live in dozens of camps in Bangladesh's southeastern border district of Cox's Bazar, after vast numbers fled a crackdown by the military of Buddhist-majority Myanmar in 2017.

At the same time, across the border in Rakhine state, the Myanmar military regularly clashes with the Arakan Army, which has for years fought a war for autonomy for the area's ethnic Rakhine population.

Dil Mohammad, the leader of a Rohingya group living on the border at Tumbru, said the 18-year-old man was killed when mortar shells fired from Myanmar hit the area late Friday, sowing panic among the refugees.

Lieutenant-General Faizur Rahman, head of operations of the Border Guards Bangladesh, told AFP that a Rohingya was killed in the shelling.

His troops had secured the frontier and strong protests would be lodged with Myanmar, he added.

A senior Bangladeshi civilian official said at least six more people had been injured at Konapara, a border village inside Bangladesh.

It is the latest in a series of incidents where shells have exploded in Bangladesh, but the first to cause a fatality.

Dhaka hopes that repatriation of the Rohingya will start later this year, but experts say the clashes between the Myanmar military and rebels mean the conditions do not exist for the Rohingya to agree to return to their villages.