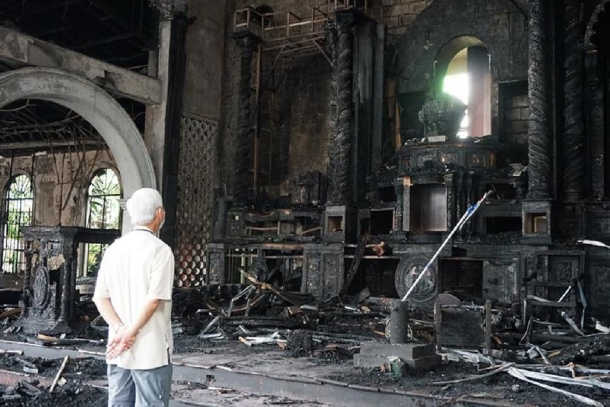 Authorities said the fire started on the second floor of the church at 1:05 p.m. local time and was brought under control an hour later, by which time the church’s wooden interior had been gutted.

The church was built in 1732 by Franciscan friar Father Francisco del Rosario as part of the mission of the Franciscan Order in the Philippines.

The Franciscans dedicated the church in honor of the Sto. Nino, or the Child Jesus, like the image given by explorer Ferdinand Magellan to the wife of a Cebu chieftain for converting to Catholicism.

“When the fire broke out, the image of the venerated Santo Nino was in the chapel in the convent. The fire spread quickly, and those who were there were only able to save the clothes on their backs,” parish priest Father Sanny de Claro said.

Firefighters did not find the miraculous image but only its melted crown and metal scepter, he said.

Father de Claro also told his parishioners to remain strong despite adversities because they are the Church [of Pandacan].

“Let us start again and build the marker of our faith. Stop crying. Let us get up, stronger and united. Let us not remain depressed,” he added.

He also informed his parishioners that the fire did not destroy the consecrated hosts in their parish.

The sacred host and ciborium, together with the Child Jesus’s scepter and crown, were transferred to another Manila parish for safekeeping.

Manila apostolic administrator Bishop Broderick Pabillo called on people to pray for courage and strength for the recovery of the Child Jesus’ devotees and churchgoers.

“Let us pray for the immediate recovery of the parish. It’s good that no one was hurt and no other buildings were damaged,” Bishop Pabillo said in a statement.

The bishop visited the site to see the extent of the damage and to assess what would be needed for the church’s rebuilding and rehabilitation.

Local authorities and parishioners in Manila have pledged their support to rebuild the church. 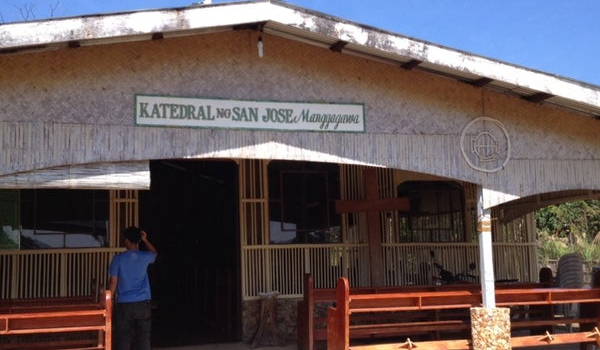