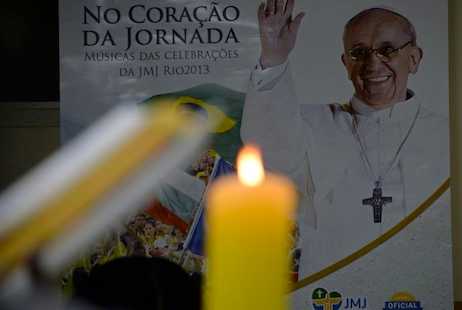 Pope Francis carries enormous advantages into his first overseas trip next week to Brazil, including high levels of global popularity and the natural enthusiasm generated by being history's first Latin American pontiff.

In the run-up to July 23-28 World Youth Day in Rio de Janeiro, however, there are also signs the outing won't be problem-free. Brazilian media are reporting concerns about cost, both in financial and ecological terms.

The O Globo newspaper reported last week that government officials have declined to cover a possible funding shortfall caused by low registration numbers while in at least two cases, controversy has been stirred in environmentally sensitive Brazil by efforts to cut down trees to accommodate World Youth Day events.

Especially in a country already on edge because of a wave of recent popular protests, sparked by outrage over public spending on events such as the 2014 World Cup and the 2016 Olympics, such developments could complicate the pope's reception.

O Globo reported that registrations for World Youth Day were expected to be in the neighborhood of 1 million to 2 million, with participant fees covering at least 70 percent of the total estimated cost of $140 million.

As of early July, however, only about 320,000 registrations had come in. The newspaper account said organizers had asked federal, state and city officials in Rio de Janeiro to provide $13 million in additional assistance, which they declined.

The three levels of government already committed to spending roughly $50 million in security and logistics for the weeklong event and an additional $10 million in transportation subsidies.

Counts provided by bishops' conferences in countries that typically send large delegations confirm that registrations are below previous totals.