The film was earlier premiered in the Vatican on Nov. 16 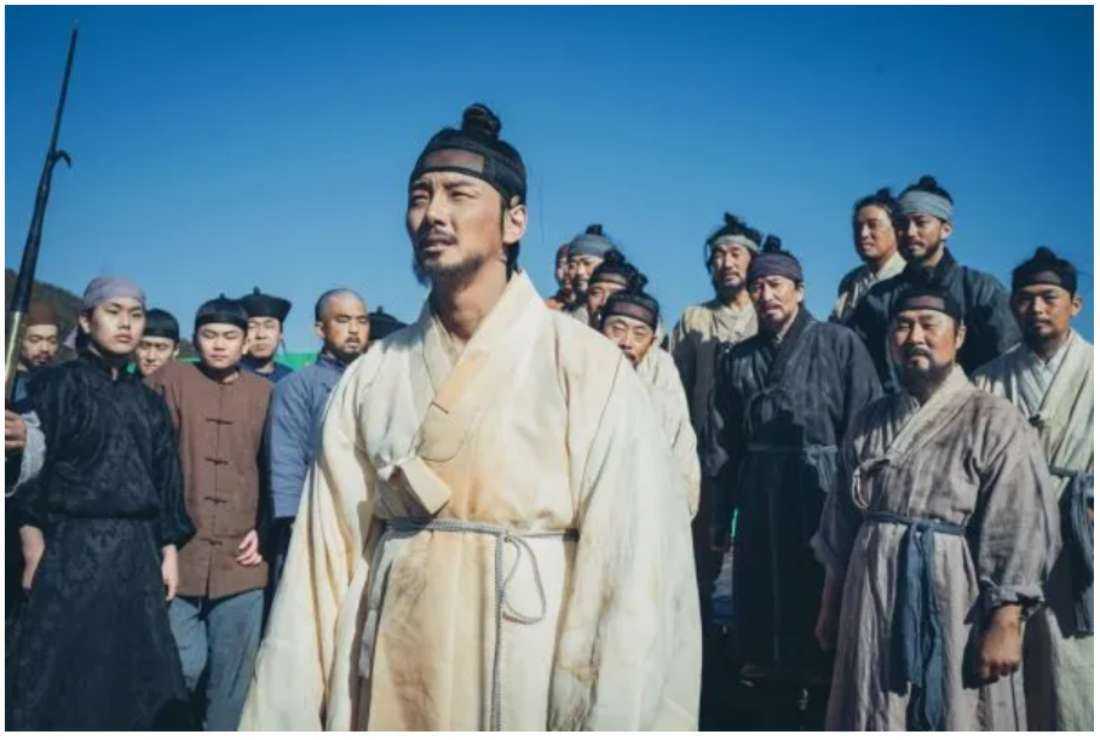 A scene from "Birth" - a biographical film on the life of first Korean Catholic priest and martyr St. Andrew Kim Tae-gon. (Photo: kdramadiary.com)

A biographical film on Korea’s first Catholic priest and martyr St. Andrew Kim Tae-gon hit the screens across the East Asian nation on Nov. 30 to mark his 200th birth anniversary.

The film “Birth” is co-produced by the Korean Catholic Cultural Center and is written and directed by Korean filmmaker Park Heung-Shik. Korean actor Yoon Shi Yoon played the role of St. Andrew Kim.

Before the launch in South Korea, the movie had its grand premiere on Nov. 16 at the new Synod Hall at the Vatican. On the same day, Pope Francis met the cast and crew members in the audience room in Pope Paul VI Hall.

“It is a blessing to study the life of a beautiful Christian, Father Kim Tae-gon, who was beautiful as a human being,” said Pope Francis during the audience, the Catholic Peace Broadcasting Corporation (CPBC) of Korea reported.

The movie is set against the backdrop of the Opium War, and traces Andrew Kim’s study in Macau, crossing the sea onboard the ship Raphael, his land entry to erstwhile Manchuria (north-eastern China), and the sea entry through Baengnyeong Island.

During the event at Vatican, director Park expressed hope that “many people will watch the movie and revive Father Dae-gun Kim in their hearts.”

Choo Kyu-ho, Korean Ambassador to the Vatican who was present during the premiere felt that the movie raised questions on “the issue of freedom and human dignity” which was “a serious task that the people of the world must solve based on brotherhood even today."

Father Paolo Lee Yongho, the rector of the Solmoe Shrine, the birthplace of Saint Andrew Kim, believes that human dignity was the driving force behind the priest martyrs mission in Korea, Fides news agency reported.

"Our saint believed that every person's life was precious and should be cherished. Andrew Kim was a pioneer of human dignity, spreading the truth that all men and women are equal and have the same dignity, in a caste-ordered society.”

“This truth is still relevant in a society that pushes the capitalist economic and social system and its inequalities to the extreme. This leads to a culture of disregard for human life," said Father Lee.

According to Franciscan media, he was the son of Christian converts. Following his baptism at the age of 15, he traveled to a seminary in Macau, China, and returned to his homeland after six years through Manchuria. The same year, he crossed the Yellow Sea to Shanghai where he was ordained a priest.

Back home again, he was assigned to arrange for more missionaries to enter by the sea route by evading border patrols. He was arrested, tortured, and finally beheaded at the Han River near Seoul.

Father Lee also pointed out that Saint Andrew Kim was “a man of openness, not closure” and promoted the need for academic and cultural exchanges for a better world.

Andrew Kim was well versed in western languages and had drawn a map of the Joseon Kingdom wherein he used western alphabets to denote place names.

He is also considered the first to write the name of the capital of the Joseon Kingdom with the correct name of Seoul.

St. Andrew Kim (1821-46) was the first Korean-born Catholic priest and is now the patron saint of clergy in Korea.

The saint’s father, Ignatius Kim, was martyred during the persecution of 1839. Paul Chong Hasang, a lay apostle, also died in 1839 at age 45.

In 1984, during his visit to South Korea, Pope John Paul II canonized 103 martyrs including Andrew Kim, Ignatius Kim, Paul Chong, and seven French missionaries who had been martyred in the 19th century.

Additionally, some of the scenes were also captured in provinces such as North Chungcheong, Gangwon, South Jeolla, Gyoneggi, and Jeju Island.