Jakia Akter takes a rickshaw to travel 20 kilometers on a dusty road to reach St. Luigi Verpelli Dispensary and Clinic at the King of Peace Catholic Church in Chandpukur, northern Bangladesh.

"People appreciate this clinic for its service and support. I hope l will recover soon," Akter, 18, a Muslim said during her visit to the clinic.

Daughter of a poor farmer, Akter has been suffering from excruciating pain in her right ear for weeks. She has met with local doctors and took medicine, but her ordeal is not over yet.

At the clinic, Sister Maloti Rozario from the Catechist Sisters of the Immaculate Heart of Mary congregation diagnoses her and prescribes medication. Everything, including the medicine, is free or provided on a "pay what you can" basis.

"In government hospitals we have to wait in a long queue and pay for treatment. So, coming to this mission center is our only option," Akter said.

Paul Tigga, 60, a Catholic from the Oraon tribe, said the clinic has become a source of great hope for local people since it was established about 25 years ago.

Like Akter and Tigga, hundreds of poor and marginalized people — Muslims, Hindus and Christians — flock to the clinic every month for basic medical services, which are scarce in rural areas.

"People love and trust us because they know our mission is to show them mercy," Sister Rozario told ucanews.com. 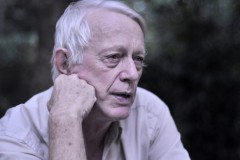 Bangladeshis mourn 'doctor for the poor'

The clinic costs about 150,000 taka (US$ 1,923) a year to operate and distribute medicines. Funding comes from Caritas, the Catholic Church's social service agency and Mennonite Central Committee, a U.S.-based NGO. However, the clinic has been facing some financial constraints recently, said Sister Rozario.

"We would like to make this clinic into a 10-bed facility but it requires lots of money," the nun said. The clinic that comes under Rajshahi Diocese is trying to get donors "but our bishop has not succeeded yet," she said.

The clinic operated from a brick building which also accommodated patients until it was damaged by a earthquake in 2014. Since then, the service has been confined to a one-room dispensary-cum-pharmacy.

"Nowadays, we can't treat critically sick patients, so we refer them to hospitals," Sister Rozario said. Sister Maloti Rozario opens the gate of the earthquake-damaged building that used to serve as a health care clinic for poor villagers. (ucanews.com photo)

Good progress in health, but not enough

Poverty in Bangladesh fell from 49 percent in 1990 to 24.7 percent in 2014, according to Bangladesh Bureau of Statistics. And health care has also improved.

In 2014, the Bangladesh Health Facility Survey found that only 25 percent of government health centers had basic medical equipment and about 60 percent were inadequately staffed. Most of these were in rural areas.

In 2015, there was one medical doctor for every 12,690 people in Bangladesh. Much lower than the World Health Organization's standard ratio of 1 to 1,400.

Doctor Maminul Haque, chief Health and Family Planning officer in Sapahar, admitted to shortcomings. "We can offer treatment for all kinds of diseases but we are short-staffed," Haque told ucanews.com. "Four out of seven doctors are absent for training or other purposes and vacancies go unfilled for months."

Filling in the gaps

Despite accounting for less than 0.5 percent of the 160 million population in Muslim-majority Bangladesh, Christians, majority of them Catholics, make significant contributions in the health sector, especially in remote rural areas.

Besides health facilities directly run by the Catholic Church, Caritas also reaches out to tens of thousands of people through nine specialized health projects, Rozario said. "Despite our small number, we cover about 21 percent of the population through our health services."

Among other major services, the church's medical services include assistance to people with HIV/AIDS and leprosy, who are often ostracized, he continued. "Besides medication, we offer counseling and spiritual care, so they don't consider themselves worthless." Mercy in the life of medical professionals

Pope Francis declared an "Extraordinary Jubilee of Mercy" beginning Dec. 8 on the feast of the Immaculate Conception and concluding Nov. 20 on the feast of Christ the King, encouraging people to "be merciful like the Father."

Rozario said the Catholic Church in Bangladesh is encouraging Catholic medical professionals to become more "merciful" in their service to the poor.

"During this special jubilee year, we have organized workshops and seminars for Catholic doctors and health workers at national and diocesan levels, to help them become more merciful and compassionate," Rozario said.

"We inspire them to realize healing simply isn't the result of prescribing the right medication, but also spiritual nourishment."