Spike in cases prompts police, church officials to urge people to verify if groups are genuine before making donations 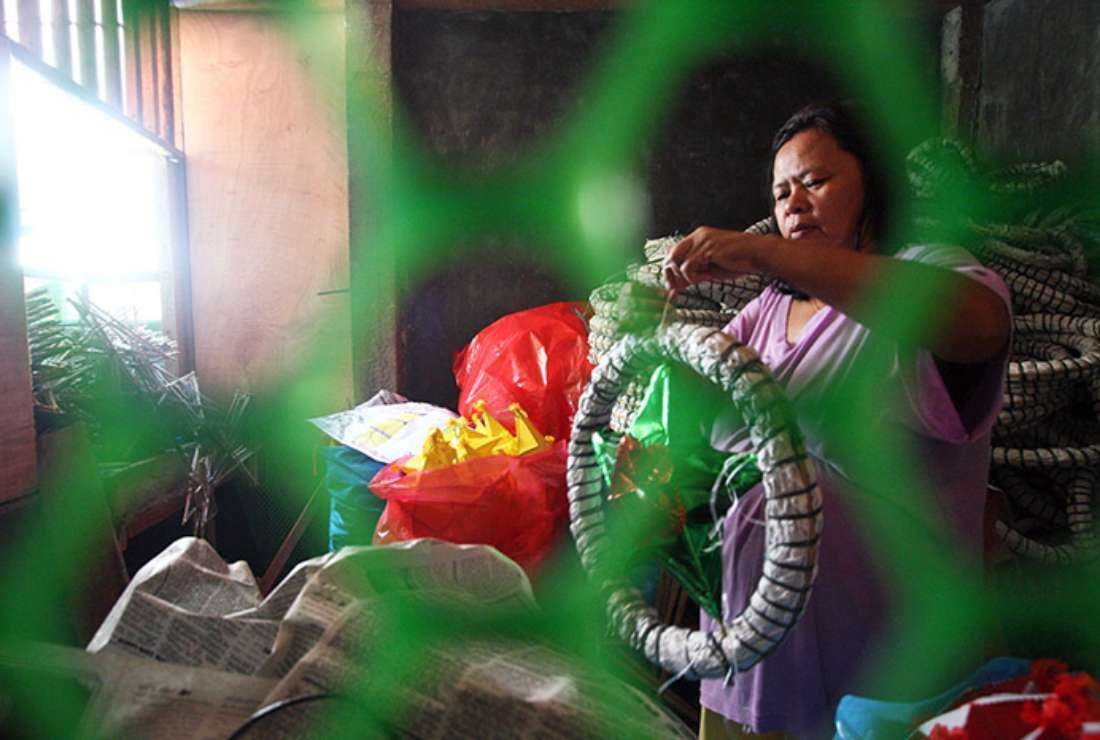 Police in the Philippines have warned people to remain vigilant against cyber criminals who use fake solicitation letters to dupe Christians into making donations for bogus Christmas projects.

The Philippine National Police reported on Dec. 4 a spike in fraud cases of purported solicitation letters being circulated online by so-called Catholic foundations supposedly seeking to raise funds to provide Christmas gifts for the poor.

“Beware of fake foundations named after religious groups and congregations in the Catholic Church that solicit goods and services in parishes and on the internet for their purported Christmas projects for the poor. Always do background checks before giving money,” Manila cybercrime police officer James Diaz told UCA News.

Diaz was referring to verified reports of at least three fake foundations named after Catholic saints that were targeted by police for fraud.

The National Bureau of Investigation arrested members of the Saint Vincent de Paul group and Saint Padre Pio charity groups, both foundations allegedly run by syndicates in Manila and nearby provinces like Bulacan and Cavite.

“Members of these groups would contact Catholic churches and parishioners on Facebook. They know whom to approach because of Facebook. They even forged the signature of parish priests in their solicitation campaigns,” Diaz added.

“It’s so easy, they just open a Gcash account and they name it after their foundation. Victims will deposit… In a parish in Quezon City, we estimated the group received almost 100,000 pesos (US$1,818) because of this modus operandi,” the policeman said.

Another group of fraudsters, named after the Franciscans, sent a link through an email or text which looked like it came from a bank.

Once someone clicks on the link, they would be directed to a website where they will be asked to enter their personal information such as username and password for the “benefit” of a Franciscan seminary Christmas project, Diaz added.

Police officials said the website was a fake version of a bank’s website designed to steal data.

At least three businessmen reported the scam after transferring hundreds of thousands for financing the purported construction of a school for orphans in the Mindanao region which was later found to be fake.

“Once they get your data, cybercriminals can access your account and steal your money. Christmas is not the only time you should be vigilant against phishing, but throughout the year because you can be a victim anytime and anywhere, especially during this Christmas season,” one victim, a businessman who wished to remain anonymous, told UCA News.

Scammers falsely use the identity of bishops and parish priests to make their scheme “very believable.”

“I never noticed it was a scam. They had their own website with a photo of Cardinal Luis Tagle with children… their website was designed by a professional… then they will get your bank details,” the victim told UCA News.

The National Bureau of Investigation has stepped up efforts to track down perpetrators following a surge in cybercrimes this Christmas season.

"Christmas is not about taking advantage of others"

“We recently raided a small condominium unit with five computers inside. We apprehended the occupants thanks to help from their victims,” National Bureau Officer Paul Inting told UCA News.

He said the suspects tended to be quite young.

“Cyber scamming is really for the young. We have in custody some as young as 19,” he added.

The Catholic Church’s social arm, Caritas, urged Catholics to verify every group asking for money before giving a donation.

“We urge people to call our office, diocese, or congregation relating to the group soliciting funds. Christmas is not about taking advantage of others to acquire money in illegal ways,” Caritas Chief Bishop Jose Colin Bagaforo told UCA News.