Study reveals 345 violations, including 28 murders of workers in the last two years 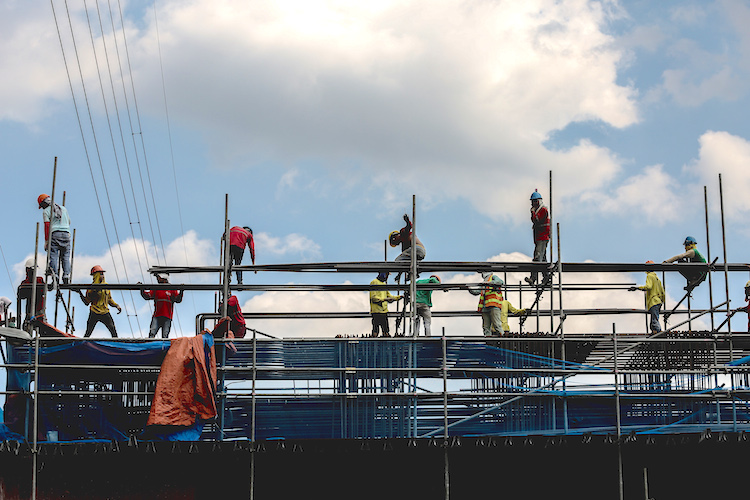 Workers in the Philippines are complaining of continuing rights abuses even as the country's economy grew by 6.8 percent in the first quarter of the year.

A study conducted by the non-government Center for Trade Union and Human Rights recorded at least 345 rights violations, including 28 killings of workers in the past two years.

The same study also cited complaints involving at least 9,919 workers whose rights to organize and be part of a trade union were reportedly not recognized.

The labor center blamed President Rodrigo Duterte's administration of failing to address the concerns of trade union workers, including their clamor to end labor-only contracting.

"Labor-only contracting" is the practice of using manpower agencies to recruit casual workers on behalf of a bigger business to circumvent labor rules and avoid hiring regular employees.

"Duterte did not only miserably fail in ending labor contractualization, he also paved the way for the intensification of attacks on workers," said Daisy Arago, executive director of the center.

She said branding, or "red tagging" labor groups and its leaders as "communist fronts" has also made trade unionists and workers "open targets" of the military.

The center said that as of March, there were 22 "red-tagging" cases involving 809 people that resulted in 25 cases of threats and intimidations, and eight arbitrary arrests.

Father Rudy Abao, covener of the group Church People — Workers Solidarity, said Duterte has broken a promise made to the working class.

During the 2016 election, Duterte vowed help workers, especially those who have no regular employment, by putting an end to the so-called "contractualization of labor."

Father Abao, however, said workers have realized that they cannot put their trust in a president "who claims to be for the poor but is relentless in trampling the rights of the people."

Father Benjamin Alforque of the Promotion of Church People's Response said workers are dismayed because "the government still favors the rich over poor workers."

On International Labor Day, Duterte signed an order that was supposed to put an end to the contractualization of labor.

But workers said the president's order was an "empty document of false hopes."

Despite complaints by the labor sector, the country's economy grew 6.8 percent in the first quarter of the year, slightly higher than the 6.4 percent growth in the same period a year ago.

It was the 10th consecutive quarter that the economy grew by 6.5 percent or better despite this year's slower agricultural output, higher inflation, and wider trade deficit.

Inflation, or the movement of prices of basic goods and services, rose to another five-year high to 4.5 percent in April this year.

The first quarter performance showed the Philippines is still among the fastest-growing economies in Asia, after Vietnam's 7.38 percent, and at par with China's 6.8 percent.