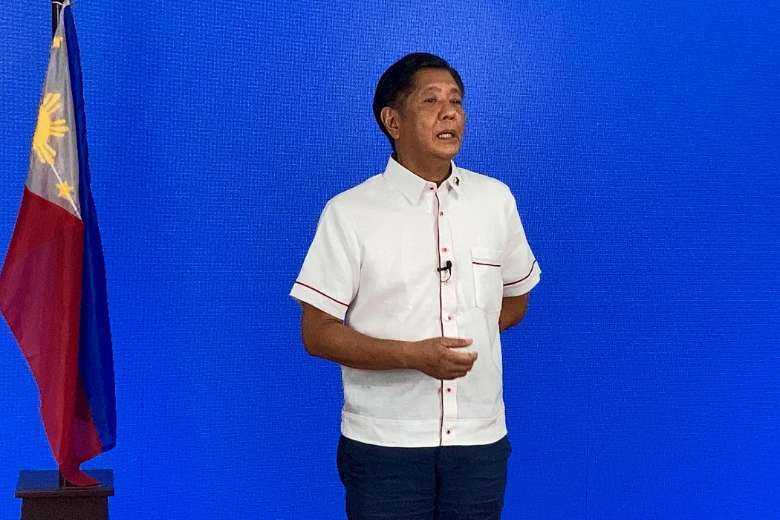 Students at three top catholic universities in the Philippines are calling for a boycott of on-site classes while Ferdinand Marcos Jr is president. (Photo: AFP)

Student bodies at three of the biggest Catholic universities in the Philippines have called for an indefinite boycott of on-site lectures to protest against Ferdinand Marcos, Jr becoming president.

Instead, they want all lessons to take place online while he remains in office.

Marcos, Jr. garnered over 31 million votes over Catholic Church-backed Vice President Leonor Robredo who got 14.8 million in the May 9 presidential election and is expected to be officially declared the winner soon.

The students said they would object to going to classes if the person occupying the highest office was not even a college graduate.

The statement was in response to allegations that Marcos, Jr. did not finish a degree at Oxford University in England, despite claims he did.

“We stand against tyranny and corruption in all its forms. We encourage our fellow students to organize and mobilize to defend our democracy. No classes under a Marcos presidency,” the students said.

De La Salle University students also called for its students to fight against Marcos, Jr. whose family stands accused of numerous cases of corruption and plunder stemming from the rule of his father, Ferdinand Marcos Sr.

Marcos Jr, has a prior conviction for non-payment of taxes.

“[We] stand in solidarity with the Filipino people in its darkest hour. Previously, classes were suspended from May 9 to May 14 to allow Lasallians to participate in electoral activities,” said the university student council.

“We are calling for the continued suspension of classes until the truth is upheld, and encourage Lasallians to organize and mobilize to defend our democracy! No classes under a Marcos presidency,” they added.

Students at the University of Santo Tomas, Asia’s oldest Catholic university, likewise circulated an online petition urging administrators of the university to suspend classes while Marcos occupies the presidency.

“Our fight is not yet over. No classes under a Marcos presidency. UST suspend classes now!,” said UST’s student central government council.

The three schools said Marcos, Jr. may have won but they would continue to fight for what is true and just.