About 50,000 Filipino seafarers could lose jobs if banned from EU-flagged ships over compliance 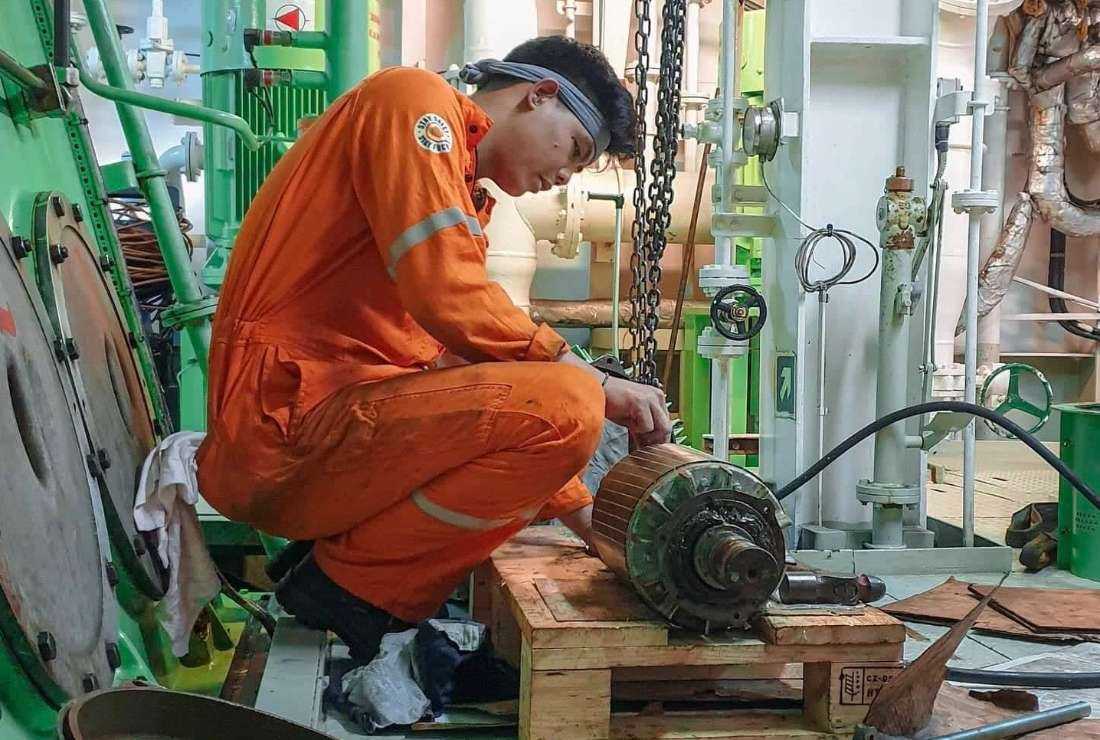 A Filipino seafarer is at work aboard a ship of the Middle East Shipping Line. (Photo: Department of Labor and Employment)

The European Union (EU) has refrained from imposing a ban on Filipino seafarers, dispelling fears among thousands who would otherwise risk losing their jobs in EU-flagged vessels.

The Philippines did not fail in the recent audit on compliance by the European Maritime Safety Agency (EMSA) on training programs and accreditation systems for the country’s seafarers, according to the Philippine Transportation agency.

“EMSA, the agency charged with reducing the risk of maritime accidents, marine pollution from ships, and the loss of human lives at sea by helping to enforce the pertinent European Union legislation, did not ban our workers,” transportation Secretary Jaime Bautista told reporters on Nov. 3.

EMSA’s audit focused on the country’s compliance with the 1978 International Convention on Standards of Training, Certification, and Watchkeeping for Seafarers.

Fear gripped some 50,000 Filipino seafarers due to several complaints alleging that maritime schools in the country failed to maintain European maritime standards.

“Failure to comply with EMSA's requirements could jeopardize the jobs of an estimated 50,000 Filipino seafarers employed by European shipping companies,” Baustista added.

In 2020, EMSA raised a total of 23 grievances such as the failure of several Philippine maritime schools to comply with standards for certification, training, and watch listing.

“We have replied to each complaint in March. We waited for the reply until we received the findings that EMSA did not fail us in its tests,” Bautista said.

Philippine President Ferdinand Marcos, Jr. said Filipino seafarers should not be alarmed by the complaints because the government has been addressing EMSA’s complaints.

“… we should not be alarmed by this because the Philippines did not fail the EMSA audit. There were findings, there were observations" but the government and its several departments "are working together to address all these issues,” the president told reporters on Nov.4.

“Yes, there are complaints but it does not mean that we failed the standards of European countries. Our workers still enjoy the trust and confidence of shipping and manning companies. They still prefer to hire Filipinos,” Marcos, Jr. added.

A seafarer said the EU decision was the “best gift” ahead of Christmas.

“This means that I can still go out of the country, especially in the European Union, to work. I need to look for greener pastures to help my family. I have two children in the university,” Manila seafarer Rodil Cruz told UCA News.

The Commission for Pastoral Care of Migrants and Itinerant Peoples of the Catholic Bishops’ Conference of the Philippines welcomed the report.

“We rejoice that more than 50,000 Filipino seafarers will not be afraid to lose their jobs anymore. The complaints should challenge us to improve our standards,” the commission’s chairman Bishop Narciso Abellana told UCA News.

The Philippine Central Bank has earlier reported that Filipino seafarers send a minimum of 376.12 million pesos (US$6.38 billion) to the country every year.

“Imagine the amount that we will lose if our sea workers will not be allowed to work,” Bishop Abellana said.

One of every five foreign seafarers on EU-flagged vessels, mainly from Greece, Norway, Germany, and Malta, is from the Philippines, according to Marine Insight.

Overall, Filipinos account for about 25 percent of an estimated 1.5 million seafarers across the globe, making the Philippines the world’s largest supplier of mariners.