A member of Ending Clergy Abuse, a global organization of prominent survivors and activists, holds a protest in Rome in this Feb. 21 file photo. A priest in the Philippines has been accused of raping a 4-year-old girl in a case that comes days after the Vatican wrapped up a summit to address sexual abuse committed by the clergy. (Photo by Alberto Pizzoli/AFP)

A Catholic priest in the central Philippines has been placed on leave following reports that he raped a 4-year-old girl in Cadiz, a city in Negros Occidental province.

A statement from Bishop Gerardo Alminaza of San Carlos did not identify the priest.

Details surrounding the circumstances have also yet to be revealed.

"We are committed to searching for the truth and to make sure that the [investigation] process will be fair and just to both parties, and whoever is responsible will have to face the consequences," said Bishop Alminaza.

The alleged victim is a day-care pupil. The child's parents reported the alleged crime to police on Feb. 23. 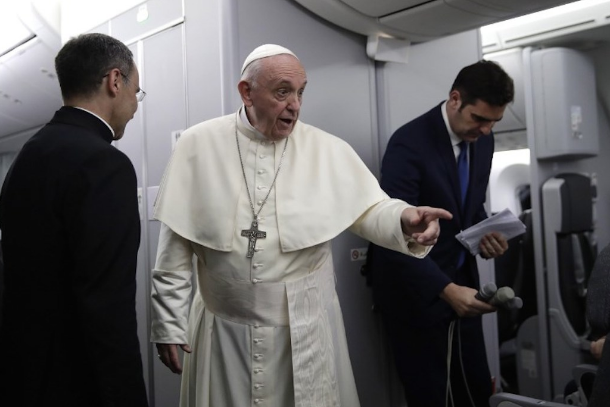 A rape complaint was filed against the priest with the public prosecutor's office in Cadiz City on Feb. 27.

Bishop Alminaza said he has already assigned another priest to oversee the accused’s parish during the ongoing investigation.

The prelate assured the authorities of the Church's cooperation, saying the diocese will "walk the talk" in handling abuses allegedly perpetrated by the clergy.

Bishop Alminaza said the diocese will also proceed with its own "canonical process" that involves providing pastoral care to the alleged victim and her family.

"While we acknowledge the right of the accused to be presumed innocent until proven otherwise, we are steadfast in assisting the victim and to cooperate in the process so the truth will come out and justice is served," said the prelate.

He said the priest "was prompt in informing me about the allegation which he denied."

"He himself was shocked to be accused of such an action and he is willing to face down the allegation to prove his innocence," Bishop Alminaza said.

The case comes amid increased scrutiny around the world of the Church’s handling of sex abuse allegations against members of the clergy.

Last week, about 200 Catholic Church leaders from across the world gathered at the Vatican for a landmark summit on combating sexual abuse within the Church.

Pope Francis told the priests and bishops to find "concrete and effective measures" to address the issue.