Share this article :
A Philippine diocese north of Manila has announced the death of celebrated church architect and priest Father Alex O. Bautista. Reports said the priest died in a Manila hospital on July 9 from complications brought on by myasthenia gravis, a neuromuscular disease. “It is with great sadness that we announce the untimely demise of Father Alex O. Bautista, a parish priest of La Sagrada Familia, Sulipa, Gerona, Tarlac and a celebrated architect who designed beautiful churches and buildings in the Philippines and abroad,” Tarlac Diocese said in a statement. Father Bautista, 50, was the designer of the grandstand and altar where Pope Francis celebrated his final Mass during his 2015 apostolic visit in the Philippines. He also designed the papal chair used by the pope in liturgical celebrations. Among the churches Father Bautista worked on were the interior of the Our Lady of Peñafrancia in Naga City, southern Luzon, the sacristy of the Our Lady of Manaoag in Pangasinan, northern Luzon, and the famous Shrine of San Josemaria Escriva of the Opus Dei Order in his own diocese of Tarlac.
Related News A martyr's death for a Catholic priest in Mindanao 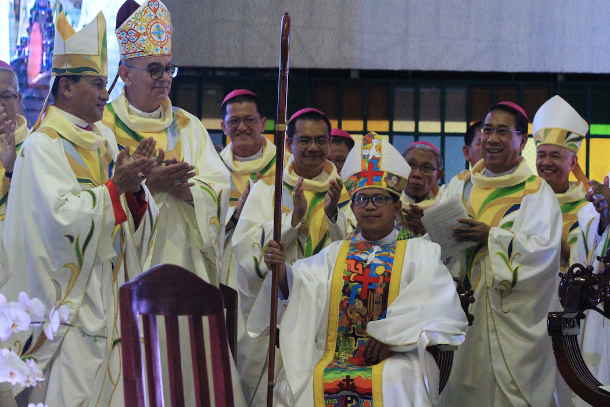 Father Bautista also served as executive secretary of the Catholic Bishops’ Commission on Cultural Heritage, where he became chief architect and consultant. Despite his prolific career as a church designer, Tarlac Diocese said Father Bautista was more known to churchgoers as a “dedicated and loving pastor to his flock.” “Because of Father Bautista, churches [in Tarlac Diocese] do not only serve as places of worship but as tourist destinations, which has made Tarlac one of the best pilgrimage sites in the region,” said the diocese statement. Manila Archdiocese also released a statement of sympathy recalling Father Bautista’s contribution to the repair of Manila Cathedral. “Father Alex Bautista … was the man who designed the beautiful renovation of the Manila Cathedral sacristy … Thank you for your legacy to the Mother Church. Our deepest sympathy to the Diocese of Tarlac and the bereaved family,” it said in a social media post. The archdiocese also recalled what Father Bautista said during the renovation of the sacristy. “He would always say that the sacristy should be clean and dignified because it is the ante cielo, the room where you prepare for the heaven that is the Eucharist.” Tarlac Diocese has yet to announce details about Father Bautista’s funeral.