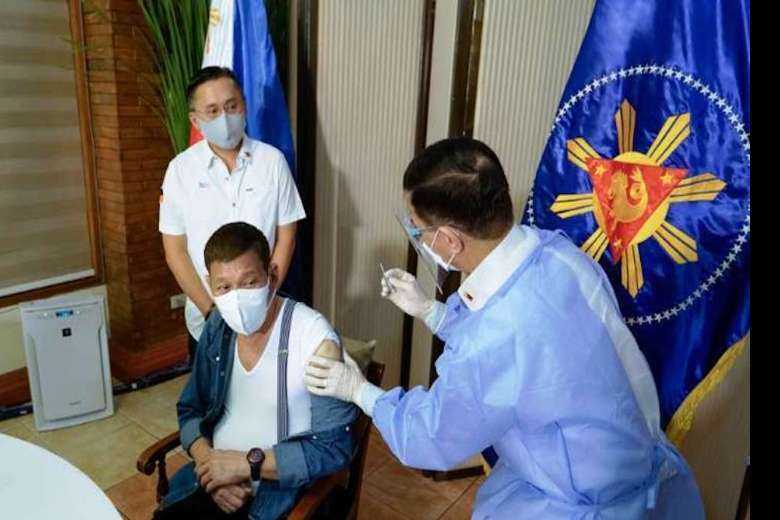 Nuns in the Philippines staged a protest outside their school in Quezon City in Manila calling on President Rodrigo Duterte to resign over a billion-dollar healthcare scandal.

Wearing face masks and face shields, up to 30  Saint Scholastica sisters, a Benedictine congregation, said the protest outside Saint Scholastica College on Sept. 20 was to voice disapproval at the way Duterte was running the country.

They said they had to speak out over the US$1.3 billion corruption scandal in the Health Department.

They also staged a noise barrage by ringing church bells to let the public know of their disdain for the present administration.

“Duterte needs to be held accountable … Corruption needs to end,” said one of the sisters who wished to remain anonymous.

The nuns accused Duterte of turning a blind eye to the alleged misappropriation of 67.3 billion pesos in funding to help fight the Covid-19 pandemic.

As chief executive of all branches of government, he is accountable for the people’s money

Duterte has dismissed the allegations by pointing to a Commission on Audit report which said they are fabricated.

“It’s impossible for someone to steal 67.3 million pesos,” Duterte told reporters on Aug. 16 soon after the allegations were made.

But the Benedictine sisters demanded that officials implicated in the scandal be held accountable, including Duterte.

“As chief executive of all branches of government, he is accountable for the people’s money,” one nun told UCA News.

The protest also marked the 49th anniversary of the declaration of martial law in the Philippines.

On Sept. 21, 1972, former president Ferdinand Marcos signed Proclamation No. 1081 placing the entire Philippines under martial law and kicking off nearly 10 years of rights violations against his opponents.

“Never again to dictatorship! Onward with our struggle for true democracy,” stated a placard held by one nun.

Many of Duterte’s opponents liken his administration to that of Marcos, citing the war on drugs and alleged suppression and killing of Duterte’s critics.

As such, churchgoers and the school’s alumni called the sisters brave for staging the protest.

“It is really brave of them considering Duterte has been attacking the Catholic Church left and right.” Manila parishioner Jenny Oliva told UCA News.