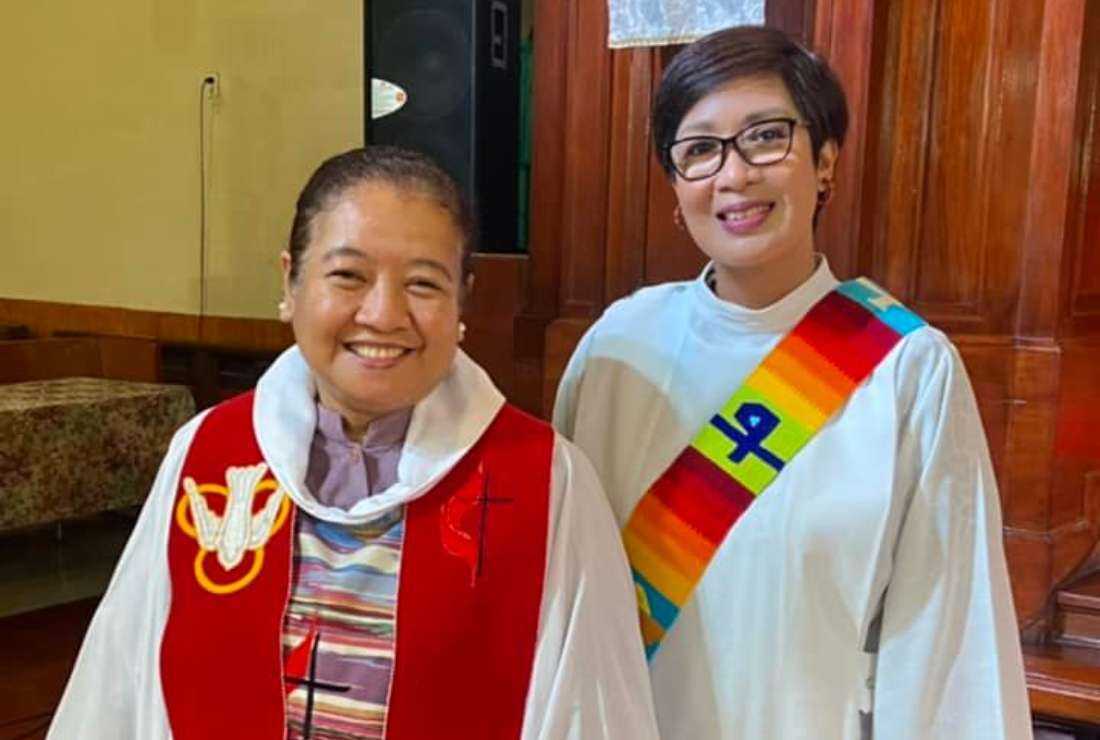 The leadership of the United Methodist Church in the Philippines elected a prominent human rights activist as the first woman bishop.

Human rights advocate Ruby-Nell Estrella, 57, was elected through secret ballot by church delegates on Nov. 26. It was termed a ‘historic moment’ for the Protestant Church.

“A history maker… the long wait is over, the Philippines Central Conference delegates have spoken, garnering 362 votes during the 20th balloting, the Rev. Ruby-Nell Estrella was elected and proclaimed as the first woman Bishop of the United Methodist Church in the Philippines,” the Methodists said in a statement on their webpage.

Cheers and congratulations filled the chapel of the Methodist-run Wesleyan University in Cabanatuan City, Nueva Ejica province, north of Manila, where the election was held.

Kababaihang Karapatan, a women’s rights group said it was a dream come true to have a woman in the Methodist episcopacy mostly dominated by men.

“It is an answered prayer for the woman clergy and other people who desire to have a woman bishop in the Philippines Central Conference. Our Lord Jesus Christ, the reason why we serve is glorified alone,” the woman’s group executive secretary April Apaya told UCA News.

Apaya said the new bishop has been active in social action that prompted many Methodist groups to support her.

“Many of us were aware of the disparity between the rich and the poor, about graft and corruption and how the least of our brothers and sisters like our indigenous peoples suffer abuse without due process of law,” Apaya added.

In April 2021, Estrella, together with her fellow clergymen and clergywomen, gave sanctuary to over 4,000 farmers and indigenous people after a protest for food relief and protection of their ancestral lands turned violent in Manila.

Three protesters were killed while more than 100 were injured in the rally in front of the Central Methodist Church in the capital after police forces opened fire at demonstrators.

“I dream of a church that will be faithful in its stewardship of temporal resources, a church that generously supports all levels of structures, the boards, and agencies, to do their respective programs to strengthen the ministries of the church,” Estrella said in her thanksgiving speech.

Estrella also revealed her vision of using the internet in propagating the faith and attracting young vocations to the ministry.

“I dream of congregations that are not only physical signs of God’s presence in the communities but also ready to take technological possibilities in the world wide web for ministries of discipleship, church growth, and mission,” she added.

Philippine Methodists said Estrella’s appointment was a testimony to their religion’s sensitivity to women’s rights and their capacity to govern a religious institution.

“Catholics or protestants, leadership has always been reserved for men. Bishop Estrella should inspire us all,” she told UCA News.

The Catholic Bishops’ Conference of the Philippines (CBCP) congratulated Estrella.

However, an official from the CBCP Commission on Doctrine of the Faith reiterated that Catholic Church continues to follow the example of Jesus who only chose men as disciples.

“Although the restriction for the ordination of women to the priesthood is an ecclesiastical law, we believe that the Sacraments like ordination work ex opera operato (“from the work performed”) as manifestations of Jesus’ actions and words during his life, and according to dogma, Jesus only chose certain men as apostles,” Father Francis Gustilo, the commission secretary told reporters.

United Methodist Church started in the Philippines in 1968. Today, the church has 300,000 members spread over three episcopal areas of Manila, Davao, and Baguio.

About 85 percent of the Philippines’ estimated 110 million population are Catholics.