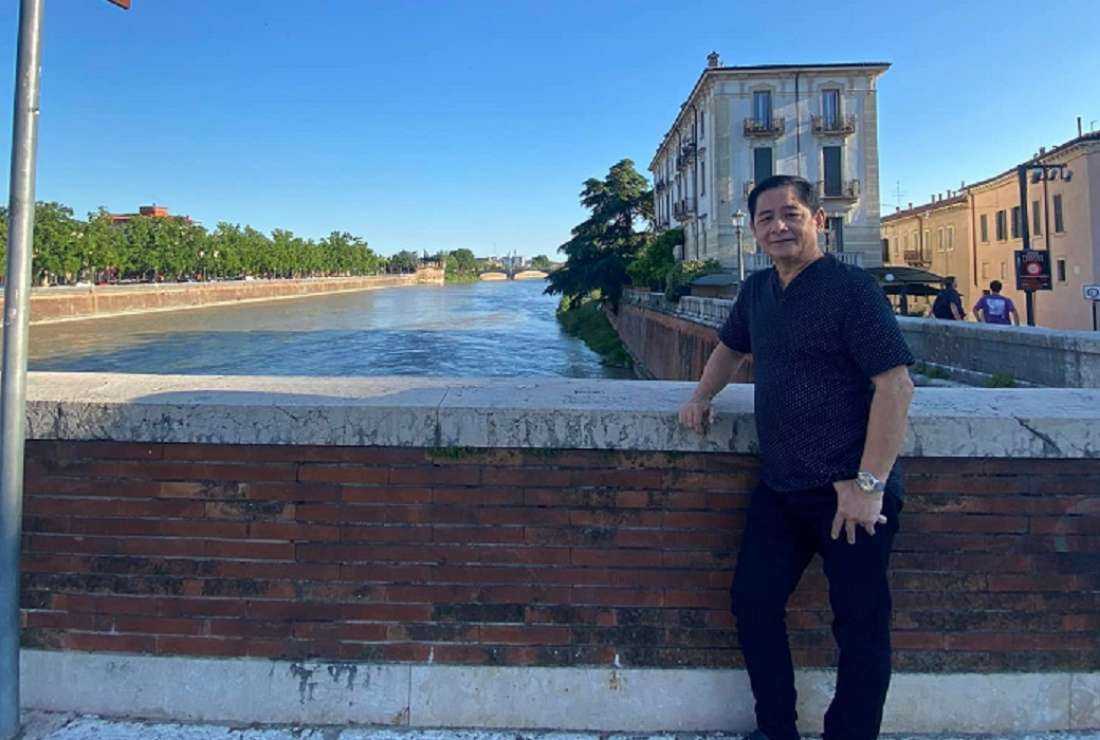 Percival Mabasa, 63, was shot and killed in Manila on Oct 3. (Photo supplied)

An outspoken radio journalist known for his strong criticism of the Duterte and Marcos administrations has been gunned down in the Philippine capital Manila, which sparked renewed concerns about the dangers journalists face in the Southeast Asian Catholic-majority nation.

Percival Mabasa, 63, was shot and killed by assailants on a motorcycle who fired on his car in Las Pinas City, on Oct. 3, police said.

“He was entering a village when someone bumped the rear of his car. He immediately alighted from his vehicle to check the damage, thus becoming an easy target for the triggerman who fired shots from a motorcycle. There were witnesses who saw the event,” Las Pinas City Police Chief Police Colonel Jaime Santos told reporters on Oct. 4.

Mabasa was known for his radio program Lapid Fire where he criticized the Duterte and Marcos administrations on topics such as extrajudicial killings and human rights violations.

Mabasa condemned Duterte for allowing Chinese nationals to establish offshore gambling businesses in the Philippines while such businesses were outlawed in China.

“President Xi Jinping was the one who requested former president Rodrigo Duterte to ban online gaming. Xi himself said that gambling in China [besides Macau] is illegal. But Duterte did not act on Xi’s request. Why? Here in the Philippines, we don’t think about the source of money. We only think about the amount government officials will collect,” Mabasa said in his daily radio-television program.

The National Union of Journalists of the Philippines condemned Mabasa's killing, saying it was a threat to journalists and to press freedom.

“The killing shows that journalism remains a dangerous profession in this country. That the incident took place in Metro Manila indicates how brazen the perpetrators were, and how the authorities have failed to protect journalists as well as ordinary citizens from harm,” the union said in a statement.

The union also noted Mabasa’s latest commentaries on red-tagging against the Duterte administration and the alleged historical revisionism being perpetuated by the Marcos family and their allies to whitewash crimes committed during the martial law years imposed by Ferdinand Marcos Sr.

“Among the most recent commentaries on his YouTube channel was one on the dangers of red-tagging. He had also commented on the security risks of Philippine Offshore Gaming Corporation and on historical revision,” according to the union of journalists’ statement.

Red-tagging is the malicious labeling of individuals or groups or both as “terrorists” or “communists” for criticizing the government.

“Assassination and any physical violence against journalists are crimes against society"

“Assassination and any physical violence against journalists are crimes against society since this curtails freedom of expression which is guaranteed by the fundamental law and which all of us are entitled to enjoy,” trade union lawyer Sonny Matula told UCA News.

He said Mabasa, as an anti-corruption and good governance crusader, deserved “tall recognition” for holding the torch of press freedom.

Mabasa’s family members said they have been left devastated by the killing.

"We are deeply saddened and angered by the brutal and brazen killing of a fearless broadcaster, father and husband, brother and friend, Percy Lapid," Mabasa's family posted on Facebook.

Mabasa’s brother, Roy Mabasa, also a journalist and former member of the National Press Club of the Philippines, said his brother’s death was not only an attack on their family but on the country.

"We strongly condemn this deplorable crime; it was committed not only against Percy, his family, and his profession, but against our country, his beloved Philippines, and the truth," Roy Mabasa told reporters on Oct. 4.

During the martial law era (1972-1986) under dictator Ferdinand Marcos, the father of the current president, 71 journalists were killed and tortured, according to media watchdog, the Philippine Movement for Press Freedom.

Mabasa was the second journalist to be gunned down since Marcos Jr. took office on June 30.

Despite such killings, cases of perpetrators being brought to justice are rare in the country.

The worst incident occurred in Maguindanao province in Mindanao on Nov 23, 2009, when 57 people — including 32 journalists — were shot in election-related violence.

In 2019, the Quezon City trial court convicted two suspects, 28 suspects, and 15 other accessories to 6-40 years imprisonment for the massacre.

However, even before the Maguindanao killings, the New York-based Committee to Protect Journalists labeled the Philippines as the second most dangerous country for journalists after Iraq.

Reporters Without Borders in its 2022 Press Freedom Index ranked the Philippines 147th out of a total of 180 countries.

The Commission on Social Communications and Mass Media of the Catholic Bishops’ Conference of the Philippines has condemned the killing and called for the perpetrators to surrender.

“We extend our deepest prayers, sympathy, and condolences to the family of Mr. Percival Mabasa. While we demand justice for his demise, we urge our government authorities to solve this killing with dispatch. We pray for the perpetrators to surrender in peace,” the commission’s executive secretary Father Ildefonso Dimaano told UCA News.