Filipino health workers die in UK due to Covid-19 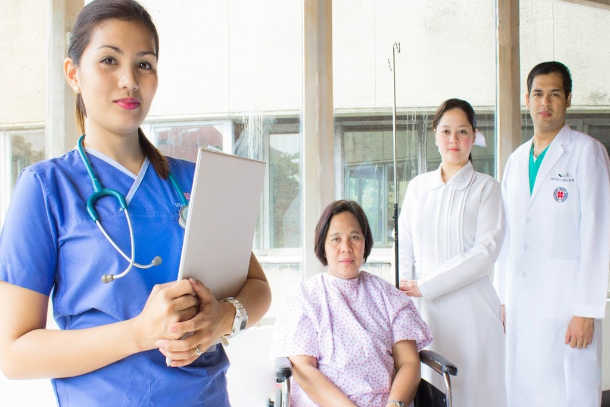 About 18,500 out of 200,000 Filipinos living in Britain are working in the country’s national health system. This file image illustrated an advertisement for Filipinos to work as nurses in the UK. (Photo: Facebook)

At least 29 Filipinos including 18 health workers are thought to have died in the United Kingdom while a number of others are in critical condition due to coronavirus.

Public Health England, an executive agency of the UK’s health ministry, announced on April 17 that the UK had 114,217 confirmed cases of Covid-19 with 15,464 deaths.

Among the dead Filipinos, 18 had worked in the Britain’s National Health Service (NHS) as nurses, porters, healthcare assistants and care home staff.

Filipino health workers “form the backbone of Britain’s healthcare sector,” according to British daily The Guardian.

The newspaper also claimed that Filipinos are the most numerous health workers in the UK after Britons and Indians, citing a 2019 House of Commons report saying about 18,500 out of 200,000 Filipinos living in Britain are working in the country’s national health system.

Some Filipino workers, however, have raised concerns of being discriminated against and unprotected from the virus due to a shortage of personal protective equipment (PPE).

“It is breaking our hearts because we are talking about friends, family and close colleagues,” said Emily Barrameda, a Filipino overseas worker based in the UK.

She also claimed British hospitals were prioritizing British patients over Filipinos infected with the virus. “In some hospitals where there is a British person who is positive with Covid-19 and a Filipino one … it seems that they choose to prioritize the British one,” she said.

“We are deeply saddened by reports of Filipino staff of the NHS who are either infected by Covid-19 or have succumbed to the disease. Our thoughts are with their loved ones,” the Philippines’ ambassador to the UK, Antonio Lagdameo, said in a statement.

Lagdameo also described Filipino health workers’ contribution in the fight against the coronavirus in the UK as “nothing but immense.”

Meanwhile, the Jesuits have launched what they call “Telechaplaincy,” which provides spiritual care and emotional support for Covid-19 patients at the Philippine General Hospital, the biggest public medical facility in the country.

The Jesuits had been celebrating Masses and administering the sacraments to the sick and dying at the hospital before the enhanced community quarantine in Manila. They are continuing their ministry there using the internet.

As of April 19, the Philippines had recorded 6,259 Covid-19 cases with 409 deaths, according to government figures.