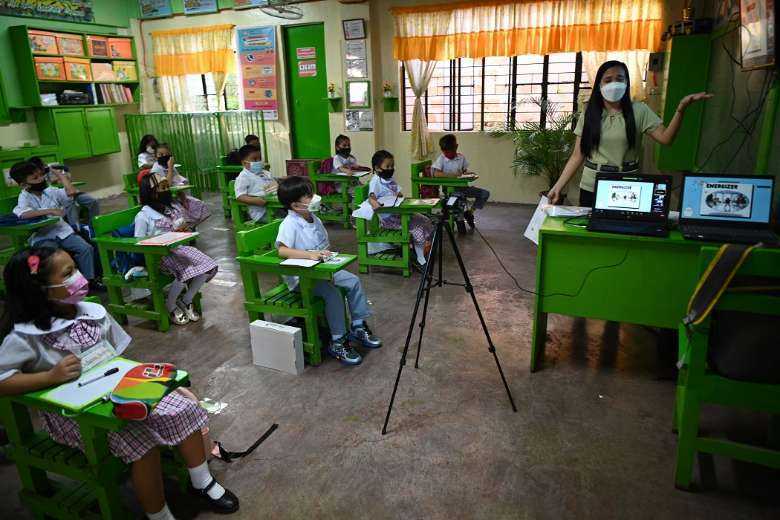 A group of Catholic educators in the Philippines has voiced fears the incoming administration could attempt to rewrite history by whitewashing abuses committed during the martial law years of late dictator Ferdinand Marcos in schools.

In a statement on May 19, the Catholic Educational Association of Caceres and Libmanan warned winning candidates in recent national elections not to use the education sector to instill a false view of history among the nation's young.

President=elect Ferdinand “Bongbong” Marcos, Jr., the late dictator’s son, and his running mate, Sara Duterte, daughter of outgoing president  Rodrigo Duterte, were accused of trying to rewrite history during the campaign by portraying the martial law years as a golden period in Philippine history.

The Catholic educator’s statement came in response to those accusations and recent reports that vice president-elect and Davao City Mayor Sara Duterte would become the next education secretary.

Sara Duterte claimed president=elect Ferdinand “Bongbong” Marcos, Jr. offered her the post to develop the potential of the Filipino youth.

“It was decided that I would focus on producing skilled learners with the mindset to realize their full potential as individuals. Our country needs a future generation of patriotic Filipinos that advocate peace and discipline in their respective communities,” Duterte told reporters on May 12.

The Catholic educational group, however, said they would not lend support to a government that would distort history and spread fake news.

“We deplore governance that distorts history, funds troll farms, and propagandizes fake news for the political gain of dynasties seeking to perpetuate themselves in power and whitewash the crimes they have committed,” it said in the statement.

It was signed by Nueva CaceresArchbishop Rolando Tria Tirona, the prelate of Naga City, the hometown of defeated Vice President Leonor “Leni” Robredo.

The educators called for an education secretary not linked to a political group or figure.

“We support governance that provides an apolitical and academically-minded person who is independent of political patrons, has moral integrity and has no conflict of interest, to lead the education sector in these extremely challenging times,” they said.

“We deplore governance that politicizes and tramples upon the education sector by appointing politicians with vested interests thereby depriving the youth of the equality education they deserve,” they added.

Archbishop Tirona likewise warned against the use of the education sector as a springboard for political ambition.

“Every Catholic educator must renounce any mockery of the education sector as a tool for political ambition and historical distortion thereby affronting the noble role of education as a pillar of a just society,” Archbishop Tirona said in a statement.

“It is best that someone who is independent should head the education sector, to make sure no historical whitewashing takes place,” state school teacher Marites De Dios told UCA News.