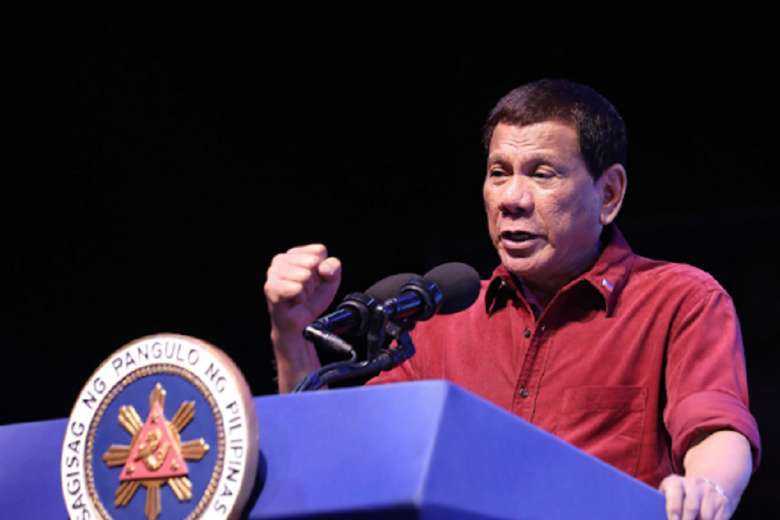 Catholics in the Philippines have praised a 9-year-old boy for writing to Philippine President Rodrigo Duterte admonishing him for cursing and swearing in televised speeches.

Duterte is known for his use of profanities even in the presence of foreign dignitaries at international conferences.

He once said such language was necessary when telling people in the southern city of Davao, where he served as mayor before becoming president, to carry out his orders.

“It’s not even a crime,” he told foreign dignitaries during an Asia Pacific Regional Conference in Pasay City in 2019 in which he also said he was “not schooled in statesmanship.”

He has even used profanities when attacking Catholic Church leaders.

"Even if you say b******, they don't respond anymore. That is — that is how to win the war against the Catholic Church. All you have to say, m***** f*****. You're a winner," he told members of the Philippine Baptist Church in January last year.

But a young boy was not convinced that a president should be cursing and badmouthing people in order to be respected.

I hope that you will change your attitude

“As president, don’t you think you should be a role model for good manners and right conduct? I hope that you will change your attitude. Then maybe I will respect you more,” wrote Skye, a 9-year-old boy from Baguio City.

People should respect and must be polite with one another, he said.

“At home, we are told to respect one another. There are words that we are not allowed to say. Sometimes I hear you [Duterte] on television. I am shocked at how you curse and badmouth others,” he added.

His mother explained her son wrote the letter as part of a school assignment and that she was very surprised when she read it.

“He was asked to write a letter to our dear president … Our children are also aware of how a good leader should lead a country. God bless the Philippines,” Skye’s mother told the Baguio Chronicle.

She also said her son was undergoing homeschooling because of the pandemic, so had watched the president giving speeches on television on occasions.

Many Catholics praised the child’s letter.

“Awareness of what is wrong and correct at this early age … indicates what kind of values he will have in his future. The next generation of Filipinos can surely by hopeful because of someone like him. I wish there were more Skyes in our country to call out erring leaders,” said Jab Cordero, a Manila parishioner.

Another doubted whether Duterte would ever change his ways.

“He will not change. As the saying goes, you cannot teach an old dog new tricks. An old dog like him? Next to impossible,” said Geraldine De Leon, a parish worker in Quezon City.