The family of former Philippine president Benigno Aquino said on July 30 that Catholics will celebrate 40 Masses around the country to mark the 40th day since he died.

The 40th day since his death falls on Aug. 2,  the day after the death anniversary of his mother, former president Corazon Aquino.

The family announced Masses will be offered not only for Benigno "Noynoy" Aquino but also for good governance in the country.

“We are having 40 Masses … to mark his death. It is to pray for good and honest governance to reign in this country,” said former lawmaker Bam Aquino, a cousin of the former president.

Marking 40 days after death is a traditional memorial service observed in the Philippines.

Masses for Aquino will be celebrated in several local dialects so that as many people as possible can participate.

Father Emmanuel Afable of Sorsogon Diocese said there may have been clashes of ideals between Catholic Church teachings and the former president’s policies but his leadership remained “ideal.”

“There were differences of opinion with the Catholic Church here in the Philippines in terms of the laws he supported. Nevertheless, he strived for clean governance,” Father Afable told UCA News.

During his presidency from 2010 to 2016, Aquino supported the controversial reproductive health law that allowed the poor access to artificial contraceptives. 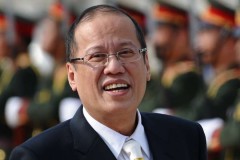 “His fight against graft and corruption is Aquino’s greatest legacy to the Filipino people. During our Masses, we will remember him as well as pray for our leaders to continue the reforms he started,” Father Afable added.