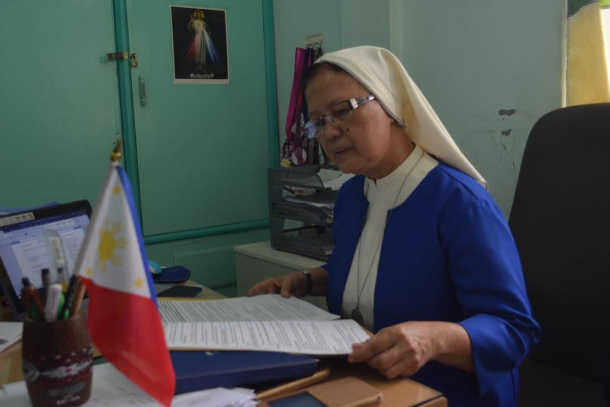 Sister Susan Bolanio of the Oblates of Notre Dame says it is a 'farcical lie' to describe her as a communist rebel. (Photo by Bong Sarmiento)

A Catholic nun who has been active in social justice issues in the southern Philippines is fearing for her life after she was tagged as a communist by the military.

Sister Susan Bolanio of the Oblates of Notre Dame condemned what she described as "red tagging" by the military, describing it as a "farcical lie."

In a statement on Oct. 2, the nun called on authorities to investigate those behind efforts to label her as a communist rebel, saying it exposes her life to danger.

"The mere suggestion of affiliation to a terrorist communist group poses a serious threat to the lives, dignity and security of the persons singled out," said Sister Bolanio.

A social media post on Sept. 28 accused Sister Bolanio and tribal leaders Dande Dinyan and Victor Danyan of being part of the Far South Mindanao Region rebel front. The post was no longer available on Oct. 2.

Danyan used to be chairman of the tribal group Taboli-Manobo S'daf Claimants Organization. He was killed along with seven other tribal people in December 2017. Dinyan replaced the slain leader as head of the organization.

Sister Bolanio, who is executive director of the church-run Hesed Foundation in General Santos City, has been helping the tribal organization with its livelihood and development projects.

The nun said the attempt to link her to the underground rebel movement was a "malicious and vile design to put her life in danger, especially as Mindanao is under martial law."

"To be linked to a terrorist communist group is to condemn a person as all-out anti-government," she said.

The nun has been actively involved in local and regional special government bodies in the region in the past 30 years. "How can I be a terrorist, an enemy of the state, when I have been engaging with officialdom?" she asked.

Lt. Col. Jones Otida, commander of the Philippine Army's 27th Infantry Battalion in South Cotabato province, said his unit was not behind efforts to implicate the nun. "We don't know where that information came from," he said in a radio interview.

Sister Bolanio said her lawyers were already looking into possible cases to file against the military. 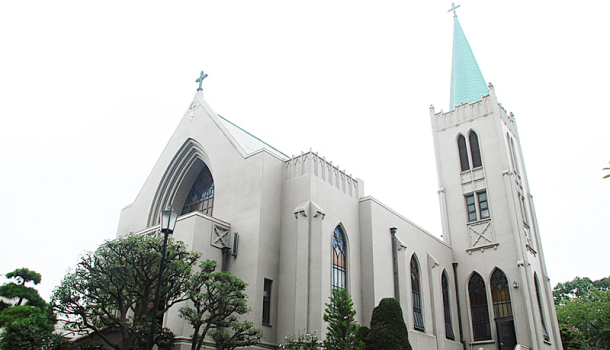