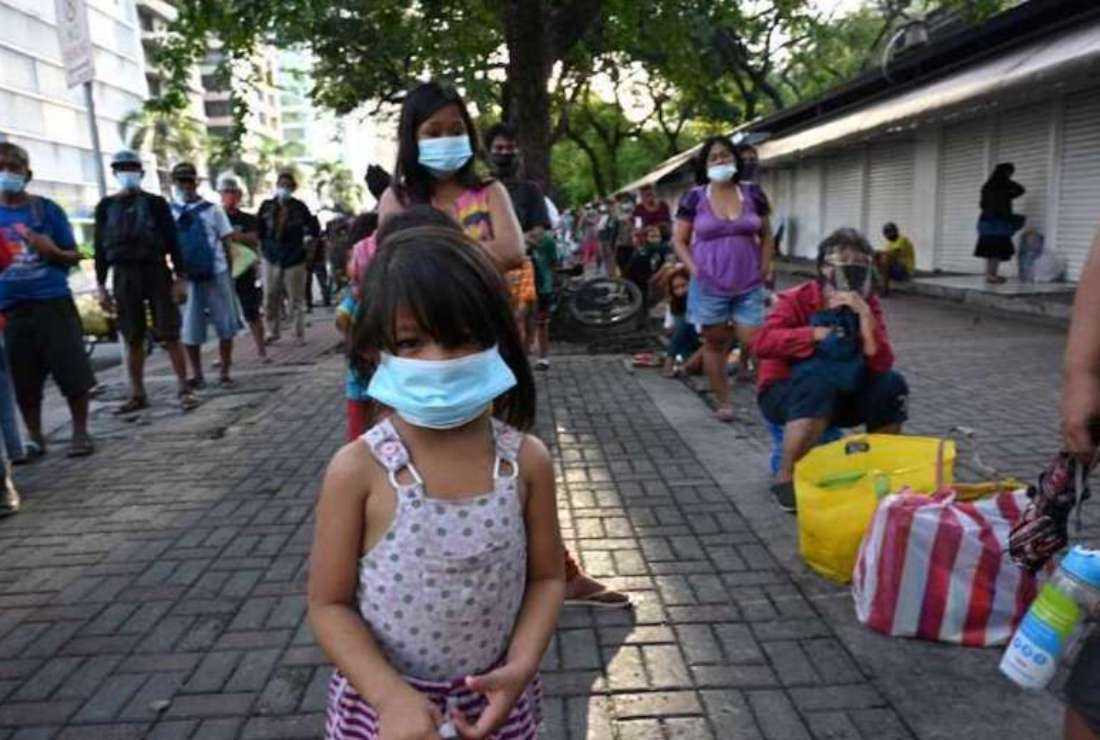 Street dwellers including children queue for free food distributed by the Society of the Divine Word in Manila. The pandemic has brought an increase in the sexual abuse of children in the Philippines. (Photo: AFP)

A Catholic youth group in the Philippines has expressed concerns over a bill seeking a night curfew for children purportedly aimed to protect them.

“The Philippines not just saw but experienced what happened during curfew hours during the martial law period….Curfew hours were set not to discipline but to mask the anonymity of human rights violators during the Marcos regime,” said the group in a statement on Aug. 7.

The group said that setting curfews was part of a pattern during the dictatorship of the late dictator President Ferdinand Marcos, the father of the current president.

“The nine-year military rule ordered by then President Ferdinand Marcos in 1972 unleashed a wave of crimes under international law and grave human rights violations, including tens of thousands of people arbitrarily arrested and detained, and thousands of others tortured, forcibly disappeared, and killed. Most of these illegal acts happened at night when there were no witnesses,” the group added.

Lawmaker Bernadette Herrera-Dy, who proposed the bill, said it aimed to curb the increasing crimes in the country.

It seeks to prohibit children from being outside of their homes between 10 p.m and 5 a.m. "not only as a means of maintaining public order and safety and preventing the further rise in criminality but also in order to protect minors from a potential threat that may arise in the remote environment which may be harmful or detrimental to their development” Herrera-Dy told reporters on Aug. 7.

The lawmaker also stressed there were exceptions to the proposed curfew law such as when the minor is with his parents or guardian during curfew hours, or if there is an emergency.

“Of course, there will be exceptions for going out beyond 10 in the evening. School activities, religious activities, or other community or even family-related activities as long as they are legitimate, these are exceptions,” the lawmaker added.

“What we are promoting here is the safety of everybody by prohibiting bystanders outside their house late at night because that is the time they begin to engage in illegal activities such as selling and or taking illegal drugs.”

Jose de la Rama, the spokesman of the youth group, said the reasoning was not convincing.

“Why do we need another law to regulate our actions by setting a curfew every evening? We have enough laws already to prevent crimes,” Rama told UCA News.

The 2018 UNICEF report noted that eight percent of Filipino children have experienced some form of violence or abuse at home, in school, in their community, or online.

“These are often committed by people they trust. Despite the high incidence of violence, 7 in 10 children are not aware of services that may be able to help them,” the report said.

Cameleon Children Foundation reported in 2021 that about 70,000 Filipino children face sexual abuse every year. About 70 percent of sexually abused children are aged 10-18. Despite the anti-Rape law of 1997, rape remains the most frequent type of sexual abuse, followed by incest and fondling.