More than 3,000 entrepreneurs to price-cap goods as a 'moral obligation' over the festive season 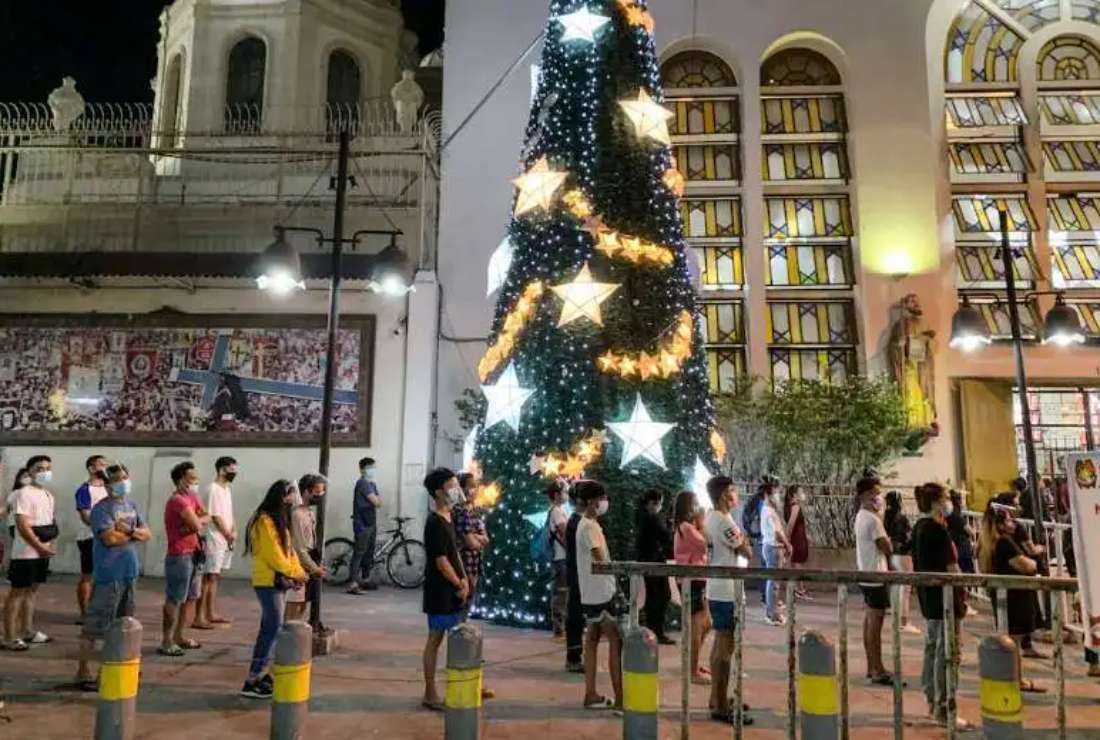 Catholic devotees attend a Christmas Eve Mass maintaining social distancing to prevent the spread of the coronavirus outside Quiapo Church in Manila on Dec. 24, 2020. (Photo: AFP)

A group of Catholic businessmen in the Philippines have forged an agreement to implement a cap on the prices of goods and commodities during the Christmas holiday season.

The Catholic Businessmen Association of the Philippines, a group of more than 3,000 entrepreneurs, agreed on Nov. 8 to put a ceiling price on goods in order not to take advantage of the high demand during the Christmas season.

People in the Catholic-majority nation are expected to begin partying from the beginning of December, which tempts businessmen to raise the prices of commodities due to high demand.

The business group said having a price cap would remind every Catholic entrepreneur of his mission to God and country.

"We still have a moral obligation to our fellow men"

“The purpose of putting a price cap on goods and commodities are, in fact, gentle reminders to each member of the association that although we are in business for profit, we still have a moral obligation to our fellow men,” the association’s president Larry Valdez told UCA News.

Valdez said they would release a table of prices with items commonly used during Christmas that their members would follow in selling their goods.

“Millions of Filipinos — rich or poor — are working hard to provide food on the table during the Christmas season. The money that they are going to spend is hard-earned. Thus, it should not be taken advantage of by profiteers,” Valdez added.

Valdez’s group had responded to the call of the country’s Catholic bishops’ who urged business establishments not to engage in profiteering this Christmas season.

In a statement, the bishops urged businessmen to be “considerate” in doing business.

“The birth of the Lord is fast approaching. It is proper to prepare for it in a special and particular way. While we wait for Advent, let us not forget that Christmas is not an occasion to take advantage of the poor.… Profiteering makes the rich richer, and the poor poorer,” the prelates said in their statement.

“We will implement the full strength of the law"

The association has also asked the Department of Trade and Industry (DTI) to ensure compliance of the Price Act, a law that prohibited hoarding and manipulation of prices of basic commodities.

“We will implement the full strength of the law by imposing fines and imprisonment to those found guilty of profiteering,” DTI secretary Alfredo Pascual told reporters on Nov. 8.

Pascual assured all consumers that they would act as watchdogs against those who would seek to make hefty profits.

“We have the law that prohibits and punishes any person who commits any act of illegal price manipulation of any basic necessity or prime commodity — profiteering, hoarding, and cartel,” Pascual added.

The violation of the Price Act warrants five to 15 years of imprisonment and fines.

Ordinary Catholics, however, doubt big corporations would follow the price cap set by the association.

“When money talks, everything becomes a gray area"

“They may follow it but only within a very limited time. After that, they will always put an increase and justify it by saying it is because of fuel charges and transportation costs,” Francisca Oliveros, a Catholic mother from the capital Manila told UCA News.

Oliveros thanked the bishops for their reminder but doubted whether it would be effective.

“When money talks, everything becomes a gray area. Business is business and I don’t think these businessmen will listen to the bishops. Even among members of the association, I think it’s a challenge among them already. How much more for others?” Oliveros said.

More than 100 of them were fined and their business permits were revoked.