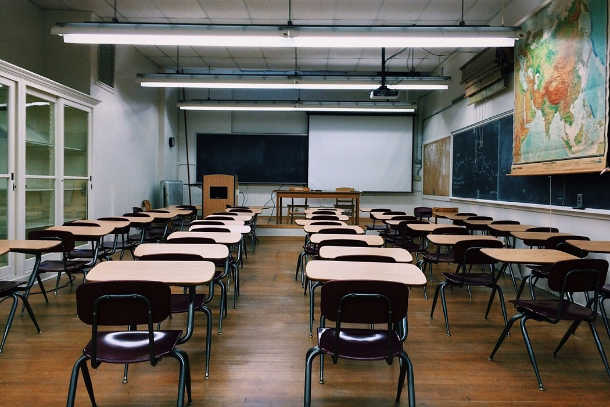 A move to introduce online learning in the Philippines while classrooms remain empty has become a major source of concern for poor families. (Photo: Pixabay)

A distraught 19-year-old high school student in the Philippines has hanged himself after worrying his family would not be able to afford electronic equipment required for him to study online in the coming academic year.

Schools are supposed to reopen in August with new approaches to learning proposed by the Education Department in response to the Covid-19 pandemic.

The boy’s death on June 16 lays bare the dilemma facing students from low-income families unable to afford items like tablets and smartphones that would be needed to study online.

The unnamed student told his parents how sorry he was for causing “additional expense” to their already struggling family in Albay province, south of Manila. He also told his brother how distressed he was for having no tablet or smartphone for his online lessons.

“He told me that our family was already poor and that he was making our parents poorer because of the gadgets that we need for school this year,” said the victim’s younger brother.

Gilbert T. Sadsad, director of the local Education Department office, said the student’s family would be given counseling.

Sadsad also asked Education Secretary Leonor Briones to provide psychiatric assistance to students in the region as many could fall victim to anxiety and depression due to the “sudden and major shift” in academic learning.

“Depression and emotional breakdowns among learners and parents are likely to occur in the middle of this ongoing health crisis … because many students in government schools belong to poor families,” Sadsad told reporters.

Briones, however, said that online learning is not the only method her department has been promoting. She said they had also proposed a mixed or modular approach which uses printed material to be distributed in communities for students.

“Education is for all. Online learning is not the primary consideration of the Education Department. To those who cannot afford gadgets and computers, we have another mode of learning that uses printed materials,” Briones said in a statement.

Briones had also warned school administrators and teachers not to intimidate students with nearly “impossible” requirements such as having computers or tablets at home.

Meanwhile, Bishop Joel Baylon of Legaspi said it was unfortunate that the poor were always on the losing side, not only in health but also in the education sector.

“Please know that I am praying for the student and his family. The Church in Albay is doing its part to provide our students with gadgets before classes begin. But we can only do so much,” Bishop Baylon told UCA News.

Bishop Baylon said he had met poor families facing the financial challenge of sending their children to school.

“One day a jeepney driver approached me for advice. He was worried that he could not send his children to school because his children need computers and WiFi. He was so desperate he even asked me to look for someone who was willing to buy his jeepney so that he could buy computers for his children,” he said.

Sexual abuse of adults has its own perversity