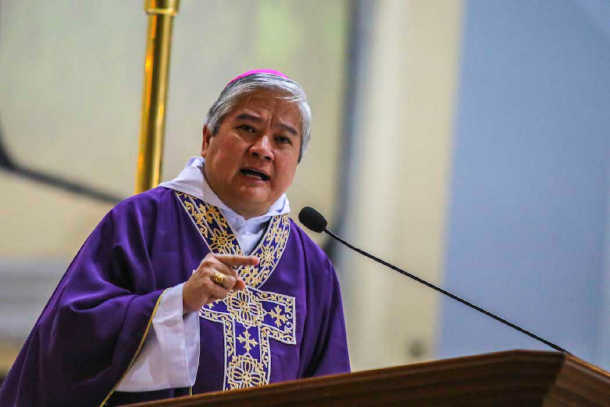 A Philippine bishop declared 21 days of prayer in his archdiocese on July 13 to pray for an end to the coronavirus pandemic and socio-political turmoil besetting government and church authorities.

Archbishop Socrates Villegas of Lingayen-Dagupan, former president of the country’s bishops’ conference, said a slew of national issues and ills have brought anxiety and confusion among church leaders and urged them to turn to prayer.

“The pandemic and socio-political turmoil born from various social issues render us not knowing what to do, how to serve as spiritual leaders and how to be disciples of the Lord in crisis,” said Archbishop Villegas in a pastoral letter.

These issues included President Rodrigo Duterte’s deadly war on drugs, a perceived crackdown on press freedom, and the passing of an anti-terrorism law which many believe will enable the government to commit rights abuses.

Archbishop Villegas said the 21 days symbolized the 21 rebellious acts of the Israelites after their escape from Egypt.

“We are in a state of rebellion against God and we are seeing the consequences of our sins. We must repent. We must be consecrated again if we wish to be healed,” Archbishop Villegas added.

He announced a prayer for national healing would be recited during all masses in his diocese from July 16 to Aug. 5 to be led by clergymen on their knees facing the altar.

Parishioners have also distributed copies of the Act of Consecration to be recited every evening after saying the Rosary. Masses would also be live-streamed every day.

“Let us not give in to discouragement and depression. Let us go to Our Lady [Mary]. Let us take comfort in the message of Our Lady to San Juan Diego: Trust in me. I am your Mother,” Archbishop Villegas said in his letter.

The archbishop also denounced a decision by lawmakers not to renew the franchise of ABS-CBN, the Philippines' top broadcasting network.

“Once more, Congress has disappointed us…. Our Catholic faith teaches us that all power comes from God and therefore must be wielded responsibly. The exercise of power must always be ordered towards the common good,” the archbishop said in a social media post.

Previous threats by Duterte to close the media outlet were a matter of public record, he added.

“Now that the matter of the franchise has been dealt a final blow by the Lower House, can our people be blamed for the perception that Congress, supposedly a fiercely independent body of the people’s representatives, has bent over in subservience to the president?” he said.

The archbishop called ABS-CBN a “channel of free expression” that was killed as if Filipinos had not killed enough of their countrymen.

“And now, thousands must face their families jobless and fearful about the future. Whatever we do to the poor and to the needy, we do to Christ. And there will be a day of judgement for our crimes against the poor and the needy,” he said.