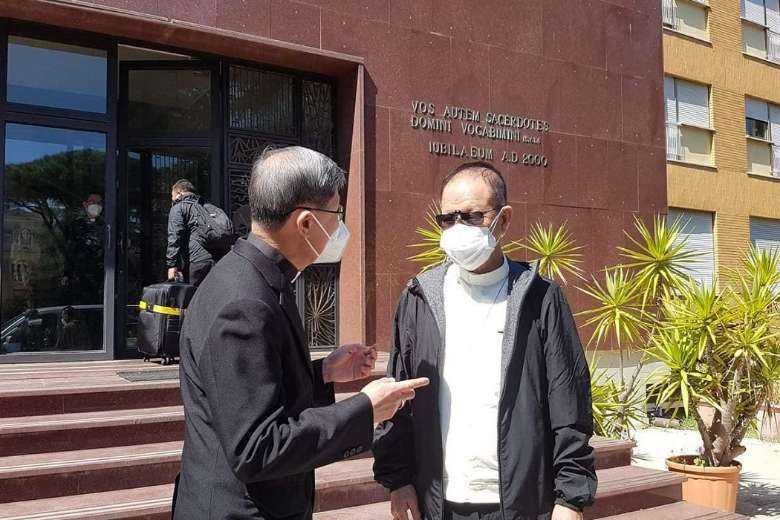 The pope has appointed Manila's archbishop, Cardinal Jose Advincula, as a cardinal priest to a parish in the Italian capital Rome.

He was assigned to the Parrochia San Vigilio on April 28, a week after meeting Pope Francis at the Vatican.

Cardinal Advincula met the pope on April 21 for the first time since he was elevated to the College of Cardinals.

His appointment was announced by the parish in Rome consistent with canon law that every cardinal is assigned a titular church upon his elevation.

These churches serve as honorary designations signifying the relationship between the cardinal and the pope — the bishop of Rome.

The cardinal, however, does not have any power to govern or interfere with matters concerning the administration of his parish.

San Vigilio Parish announced Cardinal Advincula’s inauguration would be on April 30. It said there would be a procession and Mass to mark the event.

“We are all invited to join the Eucharistic celebration for this very important moment in the history of the parish and our community,” the parish added.

While in Rome, Cardinal Advincula also visited his predecessor as archbishop of Manila, Cardinal Luis Antonio Tagle, who is now prefect of the Congregation for the Evangelization of Peoples.

The meeting took place at the Collegio Filippino, a residence for diocesan priests studying in Rome. “It is good that you are here. Finally,” Cardinal Tagle told him

Cardinal Advincula lamented that it had taken 18 months since his elevation to the College of Cardinals to visit Rome. Cardinal Tagle told him not to worry as it took years for some cardinals to get to visit the pope.

Cardinal Tagle is expected to attend Cardinal Advincula’s parish inauguration Mass on April 30 with members of the Filipino community in Italy.