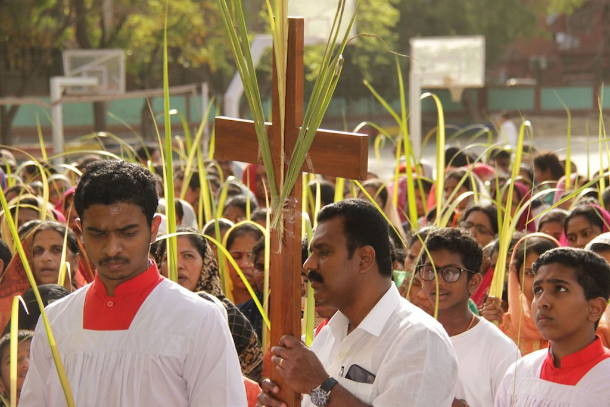 Police have arrested four youths in connection with the murder of a Christian woman one month after a similar killing in the eastern Indian state of Jharkhand. She was the fifth Christian to be murdered in India in the last two months.

The four youths, who were not identified, were being questioned over the death of Suman Munda, 25, who was killed in Redhadi, a village in Khunti district, on July 19, local media reported.

“It is a matter of serious concern because the state witnessed a Christian man killed only last month in the same district. The administration as well as leaders should take note of it and take appropriate steps,” Bishop Binay Kandulna of Khunti told UCA News on July 23.

“Persons of any faith are a creation of God and we have to respect all, but some vested interest groups are trying to target minorities in the state to spread hatred among various faiths who are otherwise peace-loving people.

“We condemn the killing and appeal to the administration to take strict action against the culprits. It is very unfortunate that we have lost a precious life.”

When relatives visited Munda’s house on July 19, they could not find her but later discovered her body at a deserted place near her home.

A local pastor who requested anonymity told International Christian Concern that Munda converted to Christianity six years ago. Radical Hindu nationalists started harassing her when they came to know about her conversion.

“I suspect that it is the handiwork of a Hindu fanatic group. Christians here have been facing a serious threat from it. The fanatic group are asking us to go back to Hinduism. We are scared and our people are shattered,” the pastor said.

Munda became the fifth Christian to be murdered in India in the last two months.

On May 25, Bijaya Mandavi, 38, was found dead in the jungle near Baddi village in Kondagaon district of Chhattisgarh. Samaru Madkami, 14, was allegedly killed by religious fanatics on June 4 in Kenduguda village in Naxal-infested Malkangiri district in the eastern state of Odisha.

Ramji Munda, 27, was killed by unidentified people on June 24 on the outskirts of his village in Khunti district in Jharkhand. Villagers said the Christian activist was killed by an anti-Pathalgadi group that safeguards tribal people’s rights.

On July 10, pastor Munsi Deo Tando from Gadchiroli in the western state of Maharashtra was shot dead, allegedly by Maoist rebels.

“Jharkhand never witnessed such kind of hatred in the past but now it is reported quite often, so we all should have to take this matter seriously and think collectively to address this issue,” Nabore Ekka, president of Jharkhand Adivasi Sangharsh Morcha, told UCA News.

“There are some groups who indulge in divide and rule and we have to be very careful about it because ultimately we will be the losers.”

The NGO recorded 2,067 cases of hate crimes against Christians in India between January 2016 and June this year.