Authorities are warning that Cambodia is dangerously close to crossing the Covid-19 red line — meaning its healthcare capacity will be exhausted — as Prime Minister Hun Sen further tightened border security in a bid to fend off the Delta variant.

At a cabinet meeting Hun Sen ordered authorities to prevent the Delta variant arriving from Thailand by being imported by Cambodian workers returning from across the border.

"We need to strengthen the capacity to curb Covid-19 along the Cambodian-Thai border to thoroughly search for and to prevent the virus from transmitting into the community,” he said.

The Alpha variant of the pandemic has already ravaged much of Cambodia, while the much stronger Delta variant has been confirmed in neighboring countries. Cambodian embassies in Malaysia, Thailand and Vietnam have issued warnings against traveling with the variant.

Or Vandine, secretary of state at the Ministry of Health, said she was “very concerned that Cambodia may cross the red line” if individuals fail to comply with health measures designed to curb the disease.

“We need to act together urgently and responsibly to change the situation now because the situation of large-scale virus outbreaks in the community is in front of all of us,” Or Vandine said.

The Covid-19 situation in Cambodia is not getting better. I am very worried about the increasing infections and deaths

“If we dare to cross the red line, we will face more serious problems than now."

Cambodia has fully vaccinated 20 percent of its 16.5 million people, while another 28 percent have received their first jab. However, infection rates remain stubbornly high. Almost 1,000 cases a day are being reported.

Cambodia has reported a total of 60,959 Covid-19 cases with 52,475 recoveries and 902 deaths. Nearly all have been recorded since the February 20 Community Event, which erupted after two Chinese women broke quarantine by bribing a security guard.

The head of the World Health Organization (WHO) in Cambodia, Li Ailan, urged greater community involvement in combating the spread of the pandemic, which is now reaching further into the countryside where most Cambodians live. 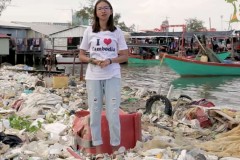 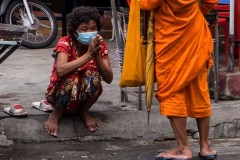 “The Covid-19 situation in Cambodia is not getting better. I am very worried about the increasing infections and deaths,” she said.

“I know worry itself is not a solution. Without more effective non-pharmaceutical interventions, it is unlikely to get better.”