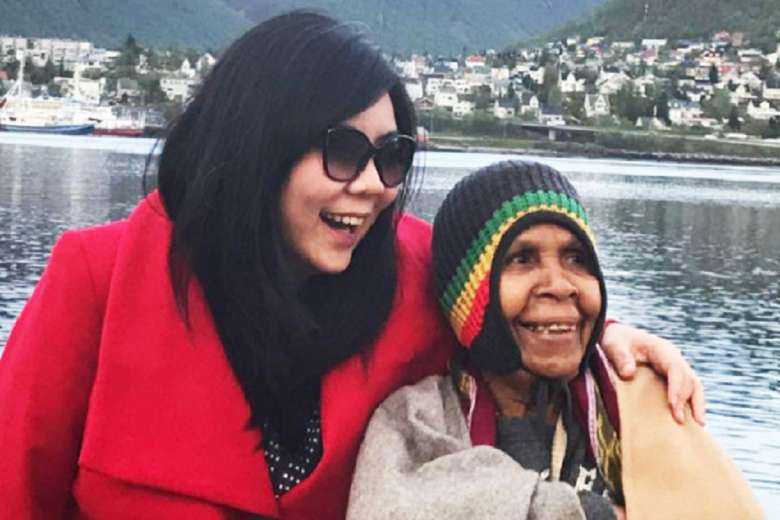 Indonesian police are investigating threats made by suspected nationalists against the parents and sister of fugitive lawyer and leading Papuan rights activist Veronica Koman.

Two unidentified men on a motorcycle threw two small packages into the garage of her parents’ house in Jakarta on Nov. 7.

The packages, believed to have contained firecrackers and red paint, then exploded. No one was injured.

A threatening note was also found in the garage signed by a group calling itself the Homeland Defenders Militant Troops.

“If the police and apparatus in the country or outside the country cannot catch Veronica Koman, a hero loser and coward, we are compelled to scorch the earth wherever you are hiding along with your group of protectors,” the note said.

Koman, who is thought to be in exile in Australia, is a human rights activist and a lawyer for the pro-independence group called the National Committee for West Papua.

She is wanted by Indonesian authorities for allegedly instigating violence by tweeting videos of unrest in several cities in September 2019 after protests broke out in Papua in response to racism directed at Papuan students in Surabaya, East Java.

On the same day, a package containing a dead chicken and a threatening letter was left at the front door of her sister’s house, also in the Indonesian capital. “Anyone who hides Veronica Koman will end up like this dead chicken,” the note said

Senior Commissioner Aswin Siregar, from the police’s anti-terror squad, Densus 88, said on Nov. 8 that police were investigating the threats.

“It is assumed that this is a form of threat to the occupants of the houses with regards to Veronica Koman’s actions,” he said.

According to the Coalition of Civil Society for Protection of Human Rights Activists, a similar threat against Koman’s parents was made in late October when a package was left at their front gate, which later got burned.

“The state, through law enforcement officers, is obliged to ensure the safety of all citizens, including Veronica Koman’s parents, who have nothing to do with the peaceful activities she has conducted so far,” the group said in a statement, a copy of which was received by UCA News.

Meanwhile, the National Commission on Violence against Women called on the Witness and Victim Protection Agency to provide the victims with psychosocial recovery.