Death of Father Pedro Yu Heping was not suicide, they say 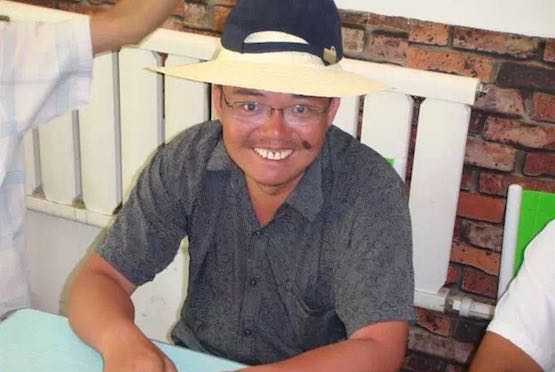 The family of an underground priest found dead in a river in China's northern Shanxi province last November has called for a reinvestigation into his death after rejecting the results of a government autopsy that determined he committed suicide.

The dead priest's body was found Nov. 8 in the Fen River, a tributary of the Yellow River that flows through Shanxi province.

The report said there was a large area of bleeding on the right side of his brain but there was no wound visible on the surface of his skin, according to a church source.

"Police did not allow them to keep the report or even make a copy. No copies have been made available to the public," said the source.

The family cannot believe how the priest's death can be dismissed as suicide when the autopsy result could easily point to another cause of death, the source said.

They also cannot believe he took his own life because he was a Catholic priest and the church looks upon suicide as a grave sin.

According to the police investigation, Father Yu was last seen at a Taiyuan hotel on Nov. 6. A closed circuit TV camera caught the priest talking on his mobile phone as he was leaving the hotel later that day. Police say they do not know why he was at the hotel since he was supposed to be traveling to Liaoning province.

"However police said there was no record of him making a phone call during that time period," the source said, adding that they also refused to show video images taken from the surveillance camera.

The family's rejection of the suicide theory also was supported by Tianzhujiao Zaixian, a Catholic web portal of which Father Yu was a co-founder.

"Police said Father Yu committed suicide. Obviously, the autopsy did not support the claim," its administrators said in a notice posted on the site.

"The priest's family has demanded the police initiate another investigation, but the police said they have closed the file," said the church source.

"This infringes on the rights of the family and creates greater obstacles for us to find the truth," the source said.