The family of a Taiwan-based activist in prison in Shenzhen fear the worst, having not heard from him for months 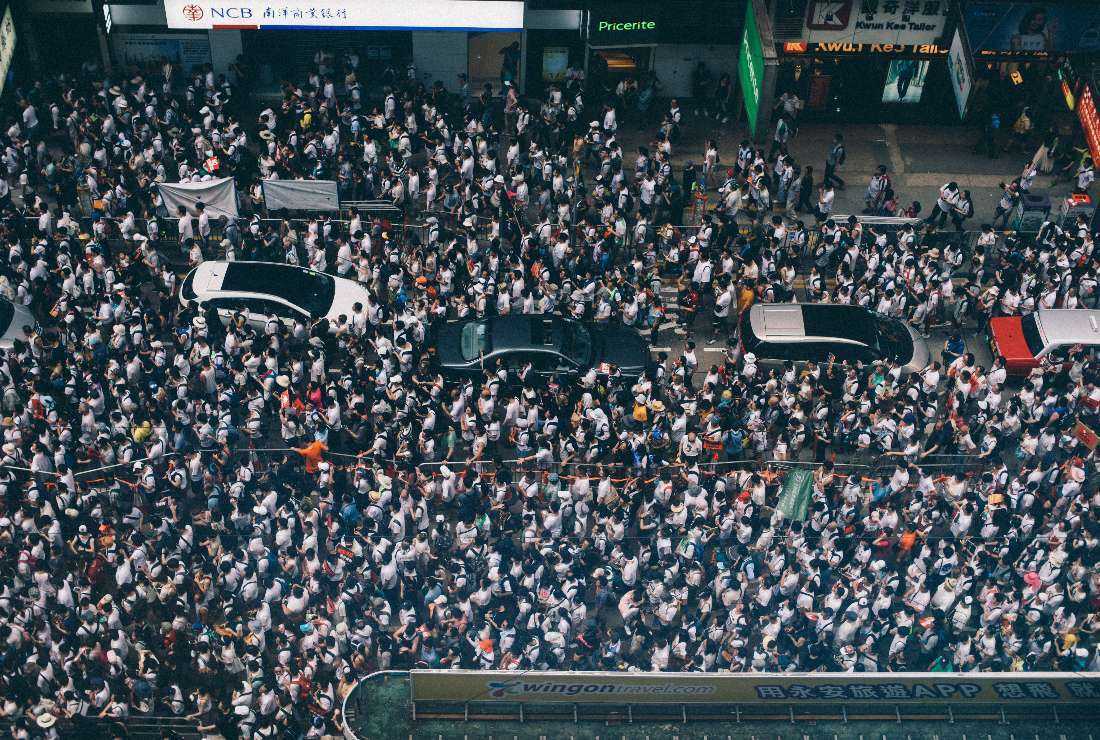 More than 1 million people marched in Hong Kong in protest against the controversial extradition bill in June 2019. (Photo: Unsplash)

Family members of a Hong Kong protester jailed in mainland China after a failed attempt to flee to Taiwan have not heard from him in nearly half a year and are worried about his health, his brother told AFP.

Tang Kai-yin, 31, was among a group of 12 Hong Kong activists caught by the Chinese coast guard in August 2020 as they fled by speedboat to avoid prosecutions related to 2019's huge, sometimes violent pro-democracy protests.

The group, with the exception of two minors, was convicted in a closed-door trial in mainland city Shenzhen, with Tang receiving the heaviest sentence of three years in jail as an organizer of the run.

Due to coronavirus travel restrictions, Tang's family has not been able to visit him, and letters are all they have relied on -- but since February, they have heard nothing, according to Tang's younger brother, who preferred not to be named.

On Monday, one of the family's letters to Tang was returned to Hong Kong for a second time, with a handwritten note on the envelope saying the postal service could not reach the recipient.

At this point, "our mother became very anxious as if she had been thrown back to the days when my brother first vanished across the border," the younger Tang told AFP.

"She can't eat or sleep. Sometimes she will wake up in the middle of the night crying and end up sitting there waiting for the day to break."

The family also found that his ledger of earnings and expenses on a prison-developed mobile app has been inactive for more than two months.

The brother said they were most worried about Tang's health, as he was admitted to a hospital earlier this year after an asthmatic attack.

He said the prison had not provided any further updates on his recovery.

On Wednesday, after a number of news reports about the lack of contact were published, the prison app updated two disciplinary records of Tang "breaching study rules" in May and "failing exams" in July.

"He is still a man with an edge," the younger brother said.

"All we ask from the prison authorities is that they give us his updates and information as their own rules provide for –- nothing more than that."

Tang will likely be the last of the 12 originally detained to be sent back to Hong Kong. The other activist still jailed on the mainland, Quinn Moon, is expected to be released next month.

The 10 others who returned to Hong Kong have been prosecuted for various protest-related offenses, with one of them, Andy Li, charged with foreign collusion last year under the city's sweeping National Security Law.

The mainland rights lawyers who assisted the group were either forced to drop the case or had their licenses revoked by the justice department.