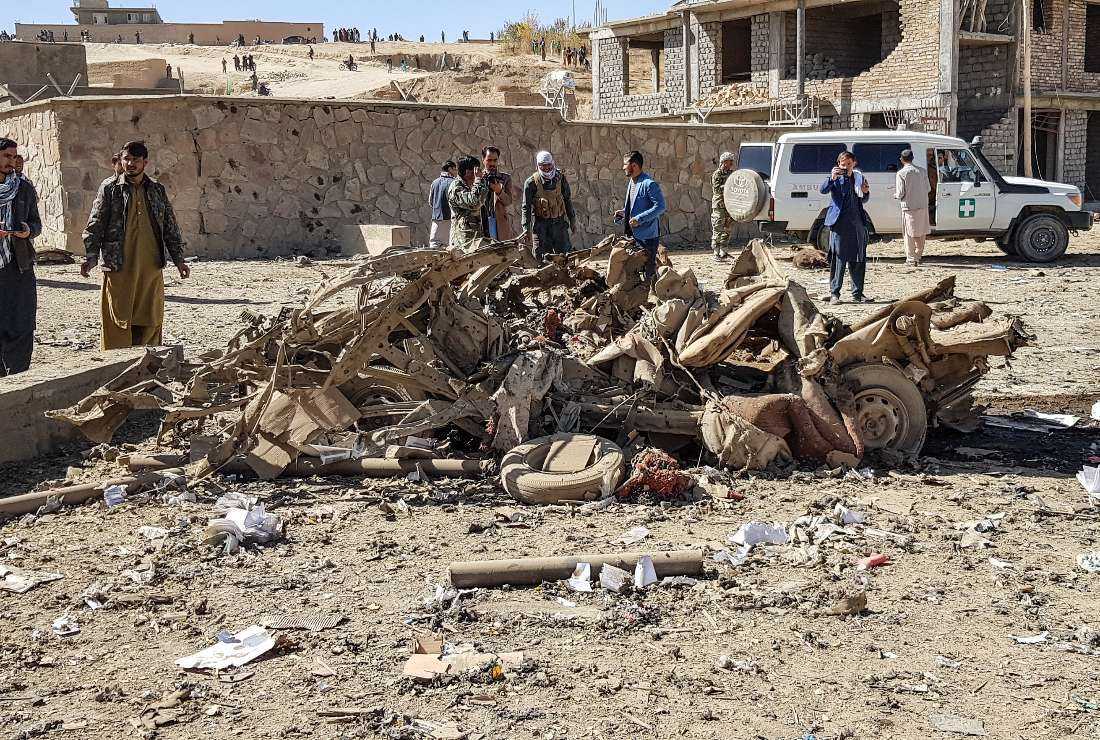 Security personnel and residents gather around the site of a car bomb attack that targeted an Afghan police headquarters in Feroz Koh, the capital of Ghor Province on Oct. 18, 2020. (Photo: AFP)

The blast, which took place when Shiites in Afghanistan are commemorating the first 10 days of the Muslim holy month of Muharram, also injured 18 people, police spokesman Khalid Zadran said in a statement to reporters.

"Security teams are trying to find the perpetrators," Zadran said.

Government spokesman Zabihullah Mujahid confirmed the toll, saying the bombing was the "work of those who are enemies of Islam and the country".

The blast was claimed by the Sunni jihadist Islamic State, which has regularly targeted the Shiite community in Afghanistan. The group said on one of its telegram channels that IS fighters "detonated the bomb."

The explosives were attached to a handcart loaded with vegetables and parked in an area where residents shopped for daily food items, Zadran said.

The explosion occurred in a west Kabul neighborhood that is mainly inhabited by members of the ethnic Hazara community, who are mostly Shiite Muslims.

The blast came just days ahead of Ashura, when worshippers gather at mosques and take part in processions marking the death of the revered Shiite Imam Hussein Ibn Ali, grandson of the Prophet Mohammed.

The number of violent public attacks across the country has fallen since the Taliban returned to power in August last year, but IS has continued to target Shiites, whom it views as heretics.

The minority group makes up between 10 to 20 percent of Afghanistan's population of 38 million.

Taliban officials insist their forces have defeated IS, but analysts say the jihadist group remains a key security challenge.