Aid to the Church in Need aims to localize effort in battling poverty, persecution 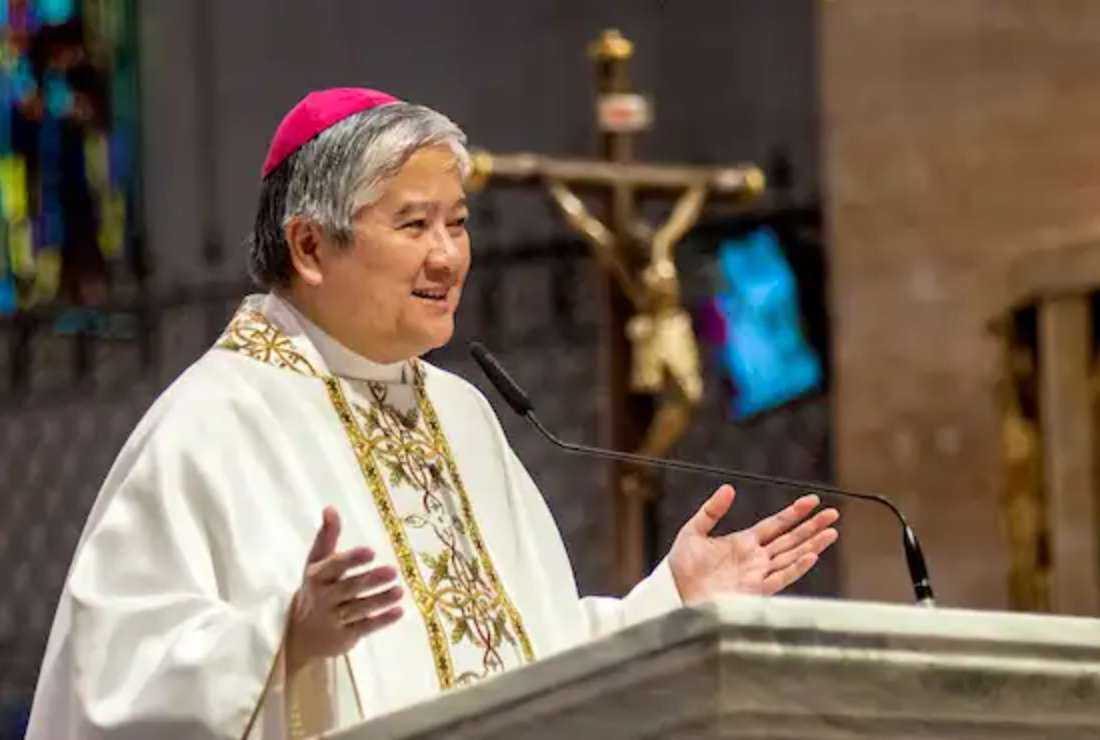 Archbishop Socrates Villegas of Lingayen-Dagupan, former president of the Philippine bishops' conference urges Catholics to care for the poor in his homily for the launch of Aid for the Church in Need in Manila on Nov. 15, 2016. (Photo by Angie de Silva)

An official from the Catholic Bishops’ Conference of Philippines (CBCP) has recommended that papal charity, Aid to the Church in Need (ACN), be expanded and established in every diocese of the country to offer better assistance to persecuted Christians worldwide.

Having local offices of the papal charity would provide a better and contextualized understanding of the sufferings of modern-day Christians in every community, Monsignor Gerry Santos, ACN Philippines Board of Trustee, said in a statement on Sept. 11.

“Let’s face it, persecution and suffering have many faces depending on each country and most of the time in every community. By having a localized office of ACN, parishioners themselves become aware of the sufferings that their poor brothers and sisters are facing,” said Monsignor Santos, who is also the assistant executive secretary of CBCP External Affairs Committee.

He said people should have “a more” localized and contextual vision of suffering so that they become aware of structural and social sins.

“When we talk of sins, we have a very limited perspective. We define it as those that we say to a priest inside the confessional box like lying, stealing, etc. But we are not aware that sins are also structural and sometimes we contribute to structural sins that persecute our fellow Christians,” he added.

He also said that a more contextual approach to how persecution is perpetrated in every society would “hopefully” pave the way to addressing persecution not by “outsiders” but by Catholics who were members of the community.

“How do we appreciate the mission of this [ACN] papal charity? We see the injustice of our fellow brothers and sisters through the reports. Oftentimes, we let the papal charity identify the project before us. In our ministry, we want the people themselves to identify the factors that cause sufferings in their community and help resolve them,” said Msgr. Santos.

He said that through the help of the CBCP, the ACN would be made “a ministry.”

“It’s not like a foreign charity asking for our help, but we are the eyes and hands of the Holy Father — inside our own communities — to identify and help persecuted Christians.”

Founded in 1947 to meet the material and spiritual needs of homeless and displaced victims in the aftermath of World War II, the Aid to the Church in Need grew rapidly under the guidance of the popes.

The papal charity provides pastoral and humanitarian assistance to persecuted Christians as well as mission churches around the world.

For more than 74 years, its donors have reached out to the suffering, the distressed, and the poorest of the poor in over 145 countries such as malnourished children in Sudan and other countries in Africa.

"If we become local, we hope to increase more donations"

Carol Mercado, an ACN volunteer from Manila said they do not receive financial aid from the government to avoid any “political” entanglement.

“We’re very careful. We receive no public or government funding. Our funds are from the generosity of the people themselves. So, localizing the donation efforts gives more impetus for donors to help those who are poor within their community,” Mercado told UCA News.

Mercado also said that as of 2022, the papal charity has financed more than 6,000 projects in more than 140 countries around the world.

“ACN has 24 national fundraising offices in Europe, America, Australia and Asia and has over 600,000 individual benefactors. That’s our scope. But of course, if we become local, we hope to increase more donations because we bring the persecution and suffering closer to the hearts of people,” she added.

In the Philippines, the papal charity has funded the rehabilitation of several communities in the Mindanao region by giving groceries, food packs, and medical assistance during the peak of Covid-19 in 2020.

In 2019, it collaborated with Catholic Church’s social arm Caritas in building homes for earthquake victims by providing shelter materials.

ACN donor and businessman Clarita Alores, however, said making the papal charity “diocese based” is unnecessary.

“We already have Caritas which is diocese based. So why make ACN local? I think there is a purpose why it has to be per country only, that is, to see the priorities of the Holy Father. Making it more local might reverse that reasoning” Alores told UCA News.