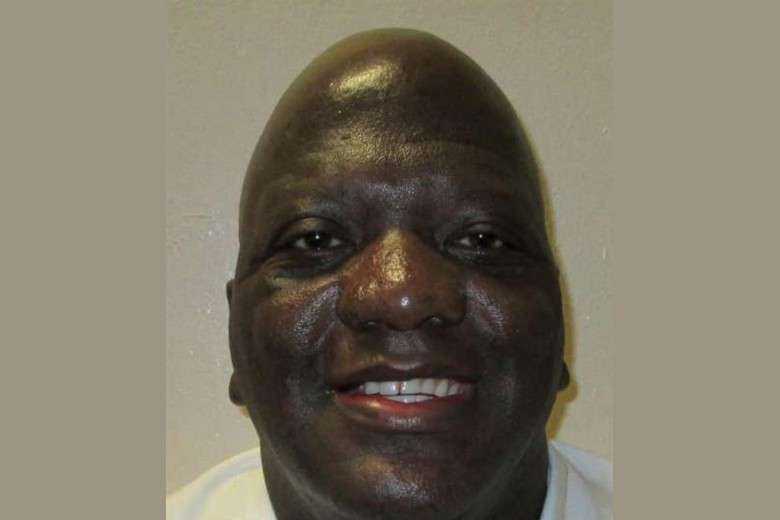 Willie B. Smith III was convicted of murder 30 years ago but was granted a last-minute stay of execution on Feb. 11 after a US Supreme Court ruling. (Photo: Alabama Department of Corrections/AFP)

After the Supreme Court blocked the execution of an Alabama man because it ruled his pastor should be allowed to be with him, the state canceled the execution.

In a divided midnight vote Feb. 11, the justices upheld a lower court's ruling that Willie Smith III's pastor should be with him in the execution chamber, which the state opposed.

The court also vacated a stay of execution from the U.S. Court of Appeals for the 11th Circuit in a separate ruling that said the state failed to provide Smith, who is intellectually disabled, help in reviewing paperwork that would have allowed him to choose an alternate method of execution.

The Supreme Court's action with both decisions would have ultimately allowed the execution to proceed if the state agreed to allow Smith to be accompanied by his pastor, but the state called off the execution, scheduled for Feb. 11, just after the court's order.

Commenting on the court's ruling on Twitter in early morning hours of Feb. 12, Robert Dunham, executive director of the Death Penalty Information Center, said it remains unclear if the Supreme Court "believes that the Constitution requires a state to allow a prisoner to have his religious adviser minister to him at the time of execution."

"What is clear is that the state will be permitted to carry out an execution if it chooses to respect the prisoner's human dignity by allowing his or her spiritual adviser to be present in the execution chamber to provide religious comfort at the time of the execution," he added.

He wanted his pastor, Robert Paul Wiley Jr., who leads A Light in the City Ministry in Birmingham, Alabama, to be with him in the execution chamber but the state does not allow nonprison employees to be present during executions for security reasons.

Court documents from Smith's attorneys said their client "believes that the point of transition between life and death is important, and that having his spiritual adviser physically present at that moment is integral to his faith."

"Willie Smith is sentenced to death, and his last wish is to have his pastor with him as he dies," Justice Elena Kagan wrote in a concurring opinion signed by Justices Stephen Breyer, Sonia Sotomayor and Amy Coney Barrett.

The opinion said the state did not adequately justify its policy of barring spiritual advisers from the execution chamber. It also said the policy's claim that this is for security reasons puts a burden on Smith's religious liberties protected under the Religious Land Use and Institutionalized Persons Act of 2000.

Chief Justice John Roberts and Justices Clarence Thomas and Brett Kavanaugh said they would have allowed the execution to go forward with the state's policy, while Justices Samuel Alito and Neil Gorsuch did not indicate how they voted.

Kavanaugh said that if states that want to avoid litigation on the issue of spiritual advisers in the execution chamber, they should figure out a way to allow these advisers to be there, "as other states and the federal government have done."

This issue of spiritual advisers accompanying death-row inmates during their executions is not new. It came up twice with the Supreme Court in 2019 with different results.

In February of that year, the Supreme Court allowed the execution of Alabama death-row inmate Domineque Ray to proceed without an imam present as Ray had requested.

The next month, the court stayed the execution of Texas death-row inmate Patrick Murphy while he was appealing the state's refusal to allow a Buddhist spiritual adviser to be present at his execution.

The difference in the two similar cases came down to timing because the Texas inmate made his request in a "sufficiently timely manner," according to a concurring opinion in that case.

After Ray's execution, without the presence of his imam, two bishops heading committees of the U.S. Conference of Catholic Bishops said it was "unjust treatment" that is "disturbing to people of all faiths."

"People deserve to be accompanied in death by someone who shares their faith. It is especially important that we respect this right for religious minorities," the bishops said.

"If Willie Smith has to leave this world, he shouldn't have to leave it all alone," said Diana Verm, senior counsel at Becket. "Alabama used to know that, which is why it always required a chaplain to be with the condemned man until the end. Prisoners should be allowed to make peace with their maker in their final moments."

It is not clear how the state of Alabama will proceed with Smith's case.

According to the Death Penalty Information Center, Smith was scheduled to be the first person executed by a state in 2021; the last time a state executed an inmate was July 8, 2020.