Colombo says it is considering striking Tamil organizations from own watchlist 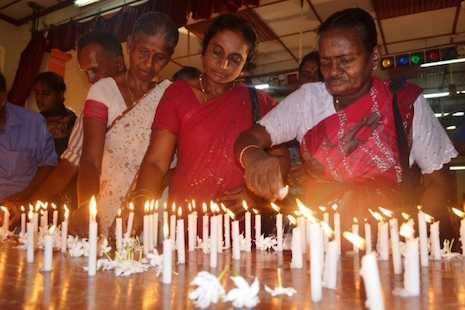 Relatives of Tamil civilians who died during the war light candles to remember their family members in this 2013 file photo. (Photo by ucanews.com)

The European Union has re-imposed a ban on the Liberation Tigers of Tamil Eelam (LTTE) after Sri Lankan government intervention.

Deputy Foreign Affairs Minister Ajith P Perera said on Tuesday that the government had written twice to the EU requesting it to re-impose the ban on the LTTE.

On March 26, the EU Council placed the LTTE back on its list of groups banned under anti-terrorism measures.

“The new government intervened with the EU to get this victory for the country because during the former government an EU court had lifted the ban on the LTTE,” Perera told ucanews.com.

Last year, the ban — which imposes sanctions on and freezes the funds of the LTTE — was lifted on procedural grounds.

The LTTE fought for a separate Tamil state in the north and east of Sri Lanka during a 25-year civil war that ended in 2009. The group has been banned by 30 countries and the 27 member nations of the EU.

“This is very good news for all the peace-loving people of the country and a more concrete and constructive way — through diplomatic channels — to ban activities of the LTTE diaspora,” said Ervin Rodrigo, a member of Api Sri Lanka, a patriotic group.

Separately, the government said it was considering removing 16 Tamil organizations and hundreds of individuals from its own watchlist in a move to advance reconciliation.

“The new government has considered lifting the ban on some diaspora groups, which were listed by former governments, but has not made a final decision yet,” said Perera.

“Some groups and individuals have no firm evidence linking them with the LTTE organization,” he said. “All our actions are to expedite the reconciliation process.”

“The former government wanted to ban organizations to build up hysteria about the LTTE regrouping and the new government needs to show to the international community that it is for reconciliation,” she said.

“Tamils are not happy about the EU ban because the government has already announced that the LTTE is no more, but they appealed to re-impose the [EU] ban,” she said. “No one has been brought to justice for all the killings, therefore the Tamils have not received justice.”

The UN Human Rights Council carried out a probe into alleged war crimes committed during the final days of the country’s civil war but deferred its release earlier this year after receiving assurances the government would investigate. An estimated 40,000 Tamil civilians were killed during the final battle between government forces and the LTTE.

Chandrapala Kumarage, chairman of Human Rights Committee of the Bar Association, agreed that more needed to be done in the name of reconciliation. Apart from a truth commission, he urged the government to address the economic disparity between Sinhalese and Tamils.

“The ban is not the answer; you must look into the root cause of the problem. More or less it is due to the socio-economic disparity and we must address this burning problem of Tamils,” he said. “If the root cause is not being properly addressed, problems can crop up again.” 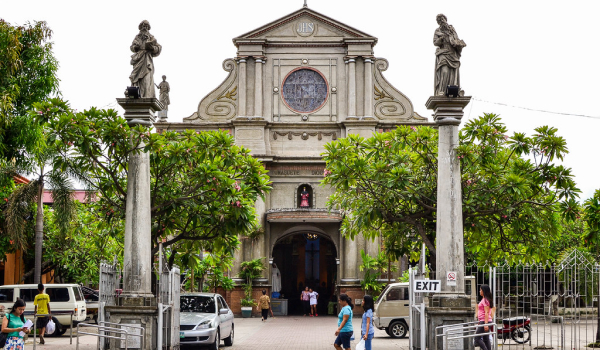