Ending the scandals must be top of the new pope's agenda

From The Telegraph, March 14 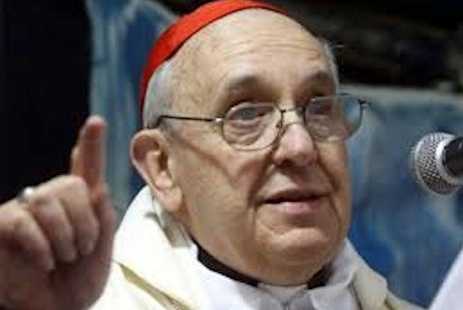 Pope Francis I, the former Cardinal Jorge Mario Bergoglio of Buenos Aires, is a priest of holinesss and tremendous modesty of manner – a man who, until now, has taken the bus to work. His challenge is clear. He needs to learn from Benedict XVI's greatest success – and his greatest failure. The success was the restoration of reverent, mystical worship to the centre of Catholic life, an achievement that has inspired a dynamic generation of young Catholics. The failure was Benedict's inability to reform the corrupt structures of the Roman curia, which should be recognised as the rotten core of the abuse crisis, and which is likely to have loomed large as an issue in the conclave. The historic decision to choose a Pope from the New World will perhaps make that task easier. Almost his first words as Pope were that he is “from far away”.

Alas, cleaning the stables is a more urgent priority than building on Ratzinger's magnificent liturgical renewal. In many parts of the world, Roman Catholicism has become almost synonymous with sexual abuse and its concealment. The crisis is as bad as it was in 2005, when Benedict was elected, although most of the crimes are now more distant historical events.

Pope Benedict was determined to "purify" the Church of its priestly abusers and their allies. But his civil servants in the Vatican dicasteries were lazy and secretive in their half-hearted pursuit of the truth. Senior clergy who should have been disciplined or prosecuted under John Paul II – including two world-famous cardinals, Mahony of America and Danneels of Belgium, and now our own O'Brien of Scotland – were only recently exposed. This week the Archdiocese of Los Angeles, its former leader Cardinal Mahony and an ex-priest, agreed to pay nearly $10 million to settle four child sex abuse cases brought against them. (The appalling details are here.) That such a scandal should still be unfolding as the cardinals met to elect Benedict's successor, and over 20 yearsafter cover-ups of clerical paedophilia came to light, gives us some idea of the moral crisis and public relations catastrophe inherited by the new pontiff.

It's hard to overestimate the moribund uselessness of the Vatican and its press office when confronted by a fresh wave of allegations of sexual abuse. Every department has its tubby, snoozing monsignori who either can't read English newspapers and websites or, if they can, think they shouldn't over-react to "persecution" by the secular media.

What they don't grasp is that, even though some of the media coverage of Pope Benedict's role in the scandals was unfair (take a bow, Andrew Sullivan, The Times, the BBC etc) any bias was outweighed by the enormity of the crimes and the cover-ups, which have all but destroyed Catholicism even in its loyal heartlands. Especially in those heartlands, in fact.

It's a shame that Cardinal Bergoglio never had the opportunity to mingle incognito in the bars of modern Dublin, where he would have found an intensity of hatred for the Catholic Church that the Gordon rioters might have recognised. Young Irish people especially can hardly mention the Church without a curl of the lip. Older folk, meanwhile, feel miserably betrayed. It's the same story in, say, Boston or Quebec. How telling that the siblings of Cardinal Ouellet, Prefect of the Congregation for Bishops, no longer go to Mass regularly.

I know this is a downbeat response to what, for Catholics, is a joyful and hopeful event. But savage reform to the curia is required so that Pope Francis can (should he wish) take advantage of the successful Benedictine reforms: for example, the formation of a breed of bishop who – as the new Bishop Philip Egan of Portsmouth is demonstrating – are reclaiming their spiritual authority from hippy-generation bureaucrats and using it to promote the so-called "new evangelisation". To put it bluntly, a Church associated in the public mind with child abuse isn't likely to be good at any sort of evangelisation, new or otherwise. Nor can it face down its angry, condescending and well-informed enemies.

Original story: Pope Francis I: a humble man from the New World whose first challenge is to end the scandals