End conflict, do not hide humanity behind guns 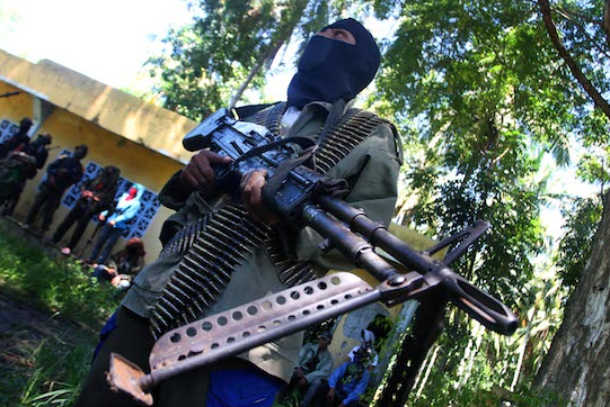 A member of the Bangsamoro Islamic Freedom Fighters shows off his firearm in this 2013 photo. (Photo: UCA News)

Cardinal Charles Maung Bo of Yangon, president of the Federation of Asian Bishops’ Conferences, has joined the call of United Nations Secretary-General António Guterres and Pope Francis for a global ceasefire in the face of the unprecedented and growing threat of the coronavirus pandemic.

While addressing the situation in his own country, Myanmar, Cardinal Bo calls for an end to hostilities worldwide. Without cessation of fighting everywhere, he says, the suffering of many will be prolonged the world over and healing delayed indefinitely.

The following is the full text of his statement:

The whole planet is in crisis. Every initiative now taken by our leaders will shape our nation and our world for years to come. The pandemic’s consequences are catastrophic for public health and for social and economic life. If we truly wish Myanmar to emerge as a united, peaceful, prosperous people, now is the time for a speedy, aggressive, respectful decision. Now is the time for wise, coherent, future-oriented action. This is no time to escalate conflict.

“End the sickness of war and fight the disease that is ravaging our world” … “It starts by stopping the fighting everywhere. Now. That is what our human family needs, now more than ever,” UN Secretary-General António Guterres said on March 23.

Pope Francis, who has a great feeling for Myanmar following his visit in 2017, added his voice to that call: “May our joint fight against the pandemic bring everyone to recognize the great need to reinforce brotherly and sisterly bonds as members of one human family … Conflicts are not resolved through war and antagonism, and differences must be overcome through dialogue and a constructive search for peace.”  I am convinced that continued military operations, precisely when the whole of Myanmar is suffering a crisis, will have catastrophic consequences for our nation. Now is the time for decisions that will build Myanmar as a united, peaceful, prosperous nation and member of the family of nations. Conflict makes Myanmar especially vulnerable. Myanmar’s national and ethnic leaders are able to choose between the path that seeks trust and cooperation for the good of all and so unite the nation, or to choose the path of continued conflict, which surely will only lead to overwhelming consequences of deeper disaster for those who already greatly distressed. As State Counselor Aung San Suu Kyi said in her televised address on March 16: “I would like to highlight to you a key component to decrease the risk of a Covid-19 outbreak. It’s quite simple — it’s the people.” Time and again we are correctly told that the cooperation of all is essential in overcoming this viral threat. This must first of all apply to civilian-military cooperation. To go forward as a people, we need to trust all public authorities, the media and the science. We have been well served by the Ministry of Health and Sports, which issues timely information and alerts. Quarantine measures are justified. The release of prisoners from crowded detention is welcomed for the safety of all. We admire the state counselor for taking to social media to communicate directly with empathy to her people. But continued, even heightened military operations, by whatever sides, contradict all these enlightened initiatives. Soldiers are unnecessarily endangered by exposure to the unseen viral assassin. Civilians are endangered, even by bombardments purportedly aimed at military targets. Peace negotiations are endangered by continued aggressive threats. An economy under severe strain is put at risk by military adventures. Any spike in contagion in IDP camps, among detained persons, or in crowded spaces, gravely threatens the surrounding populations as well. “The fury of the virus illustrates the folly of war,” António Guterres said. “That is why today, I am calling for an immediate global ceasefire in all corners of the world. It is time to put armed conflict on lockdown and focus together on the true fight of our lives.” Many nations and warring parties responded positively to this call. Armed groups in Cameroon, the Philippines, Yemen and Syria have taken the first steps to reduce violence. The five-year civil war in Yemen has created one of the worst humanitarian crises in the world. In Syria, a potential outbreak of Covid-19 poses a deadly threat to 6.5 million internally displaced people suffering the effects of nine years of conflict. To allow help to reach populations vulnerable to the spread of the virus, Pope Francis encouraged “the creation of humanitarian aid routes, openness to diplomacy, and attentiveness to those who find themselves in situations of grave vulnerability”. In recent years Myanmar has incurred criticism. Such judgment unfairly reflects the true identity of Myanmar people. By responding to this crisis in solidarity with our neighbor countries, we show that Myanmar is a rightful member of the human family. The crisis we now face is global. Lay down all weapons and acts of aggression. Be armed instead with sincerity and truth. Let us take the more difficult path of overcoming differences face to face with courage and intelligence. Don’t hide humanity behind guns. In the end that is sheer weakness. Our encounters of Religions for Peace have shown that dialogue in coordinated ways among all parties is possible and fruitful. The Catholic Church of Myanmar has a clear national plan for cooperation at local levels with authorities at every level.  We are ready at all times to encourage and mediate new and timely dialogue among diverse parties.